Washington: World food prices jumped 10% in July as drought parched crop lands in the US and eastern Europe, the World Bank said in a statement urging governments to shore up programmes that protect their most vulnerable populations.

From June to July, corn and wheat prices rose by 25% each, soybean prices by 17%, and only rice prices went down, by 4%, the World Bank said on Thursday. 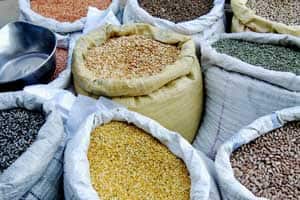 US soybean futures hit a record high of $17.78 per bushel in trading on Thursday, while corn futures remained near the record of $8.49 set earlier this month.

“We cannot allow these historic price hikes to turn into a lifetime of perils as families take their children out of school and eat less nutritious food to compensate for the high prices," World Bank Group president Jim Yong Kim said.

“Countries must strengthen their targetted programmes to ease the pressure on the most vulnerable population, and implement the right policies."

“Africa and the Middle East are particularly vulnerable, but so are people in other countries where the prices of grains have gone up abruptly," Kim added.

A severe drought in the US has sharply cut corn and soybean yields this year, while a dry summer in Russia, Ukraine and Kazakhstan has hurt wheat output.

The World Bank said its experts do not foresee a repeat of 2008, when a food price spike triggered riots in some countries. “However, negative factors —such as exporters pursuing panic policies, a severe El Nino, disappointing Southern hemisphere crops, or strong increases in energy prices— could cause significant further grain prices hikes such as those experienced four years ago," the bank said.

Apec leaders are expected to address food security concerns when they meet next week in Vladivostok.

“I think this is one of the areas where Apec member economies can really work together...to ensure the inflationary results of drought do not impact the poorest and most disadvantaged people in the world," a US State Department official told reporters on Wednesday.