New Delhi: India ranked 94th again on Transparency International’s corruption perception index for 2013—the same as last year, according to a report released on Tuesday.

Denmark and New Zealand are together the least corrupt countries out of the 177 surveyed by the anti-corruption watchdog. 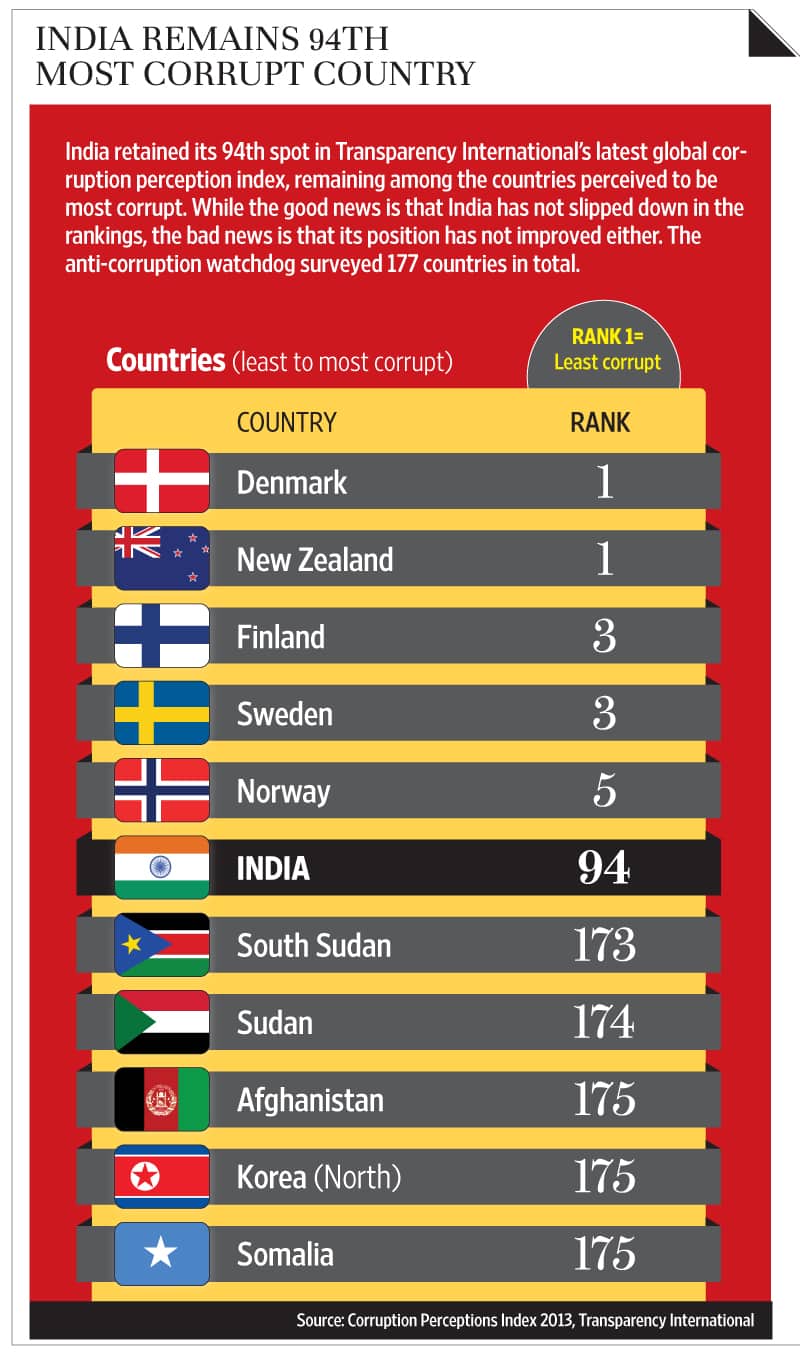 The results of 2013 are not comparable to those of 2012 and 2011 because of change in methodology, Transparency International said in a statement.

The watchdog makes use of data sources that specialize in governance and business climate analysis to come to these conclusions. For India, it used 10 out of 13 data sources, including Bertelsmann Foundation, World Bank and World Economic Forum.