New Delhi: Admitting to difficulties in identifying people using websites to spread communal hatred, the government on Wednesday said it was working with social networking sites to create an institutional mechanism to prevent misuse of technology. 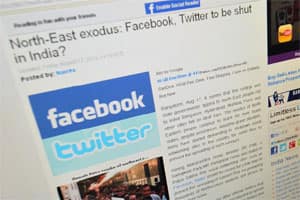 If there was misuse of technology, there should be provision for punishment, Sibal said, adding no such provisions were available at present. “Now we have to decide the steps we have to take under our laws on how we can take it forward so that we can seek help from these websites in the coming days we can identify those who have misused these website and punish them," he said.

Sibal said some websites have refused to share user information, contending that they were beyond the jurisdiction of India as their Web servers were located in other countries.