Darjeeling: Darjeeling hills have come alive with fresh demands for a separate state for the Gorkha people, with protests threatening tea and tourism industries.

Bizarrely, it was a television show, India’s version of American Idol, that lit the fire of Gorkhaland in September, two decades after the end of an insurgency among ethnic Nepalis in eastern India that left more than 1,200 people dead.

Frenzied canvassing for a local boy, ethnic Nepali, or Gorkha, policeman Prashant Tamang, metamorphosised into a political upsurge that has ushered in a new king of the hills. Politician Bimal Gurung surfed the wave of ethnic pride unleashed by the television contest and now is hoping it will carry his people towards Gorkhaland, a separate state carved out of West Bengal they have been demanding for many decades. 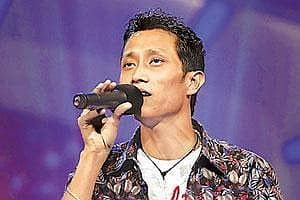 The party’s symbols are the sun, the Himalayan mountains and two crossed kukris—the heavy, curved knife used by the famously fierce Gorkha soldiers from Nepal and India.

On a windy hilltop by the town of Kurseong, an obelisk crowned by a huge kukri commemorates the “martyrs" of the 1980s insurgency, which formed the backdrop for Kiran Desai’s Booker Prize-winning novel The Inheritance of Loss.

But Gurung insists his will be a peaceful struggle.

“We want the right of self-determination within the Indian constitution," he said. “We would not like to repeat the violence of 20 years ago. All protests will be held in a democratic and peaceful manner."

Peace broke out in 1988 when Gorkha champion leader Subhash Ghising compromised with New Delhi, accepting limited autonomy under a new Darjeeling Gorkha Hill Council, which he then led.

Two decades on, Gurung says Ghising betrayed the cause, and complains the Gorkha people are still neglected, pointing to the appalling state of roads, water and public services in the hills.

His chance came when Tamang sang his way into the final stages of Indian Idol. Stoking Gorkha pride, Gurung raised huge sums of money to finance a mass SMS campaign, which saw the local boy win.

When a Delhi FM radio DJ mocked Tamang as a chowkidar (watchman), a common term of abuse for people from the Northeast, the fire was well and truly lit. Prashant Fan Clubs were transformed into GJM offices, their members inducted into Gurung’s ranks and the Gorkhaland cause.

Ghising had seemed indifferent and was completely wrong-footed. His support suddenly evaporated and after more than 20 years in charge, he resigned from the Hill Council this month.

Frequent strikes in favour of Gorkhaland this year have badly undermined tea and tourism industries, business leaders say. Now, Gurung promises an intensified non-cooperation movement from 1 April, including the non-payment of taxes and an economic blockade to stop timber being exported from the hills.

But, he says, strikes will be kept at a minimum for a few months so as not to disrupt the tourism industry that so many of his supporters depend upon during the peak spring season.

“With a lot of effort, we had started getting our tourism charm back," Raj Basu, president of the Eastern Himalaya Travel and Tour Operators Association, said. “Then the agitation started. Fortunately they have confirmed that tourism won’t be affected."

But Rajiv Lochan, secretary of the tea traders association in nearby Siliguri, is not so sanguine. He says the tea plantations are suffering.

Marcus Dam, Kolkata editor of The Hindu newspaper, says the protests may continue for some time, but India is unlikely to give way “in the near future".