Did Kerala’s geography both aid and hurt flood relief operations?

Kerala has a unique distribution of population among its towns and villages. On the one hand, the state lacks large cities—the largest, Thiruvananthapuram, had less than 800,000 people in 2011 and is the only 59th largest in India. At the other extreme, the state lacks small agglomerations as well, with only six villages having a population of less than 1,000. In comparison, neighbouring Tamil Nadu, whose population is a little more than double that of Kerala, has 5,000 villages with a population of less than 1,000. 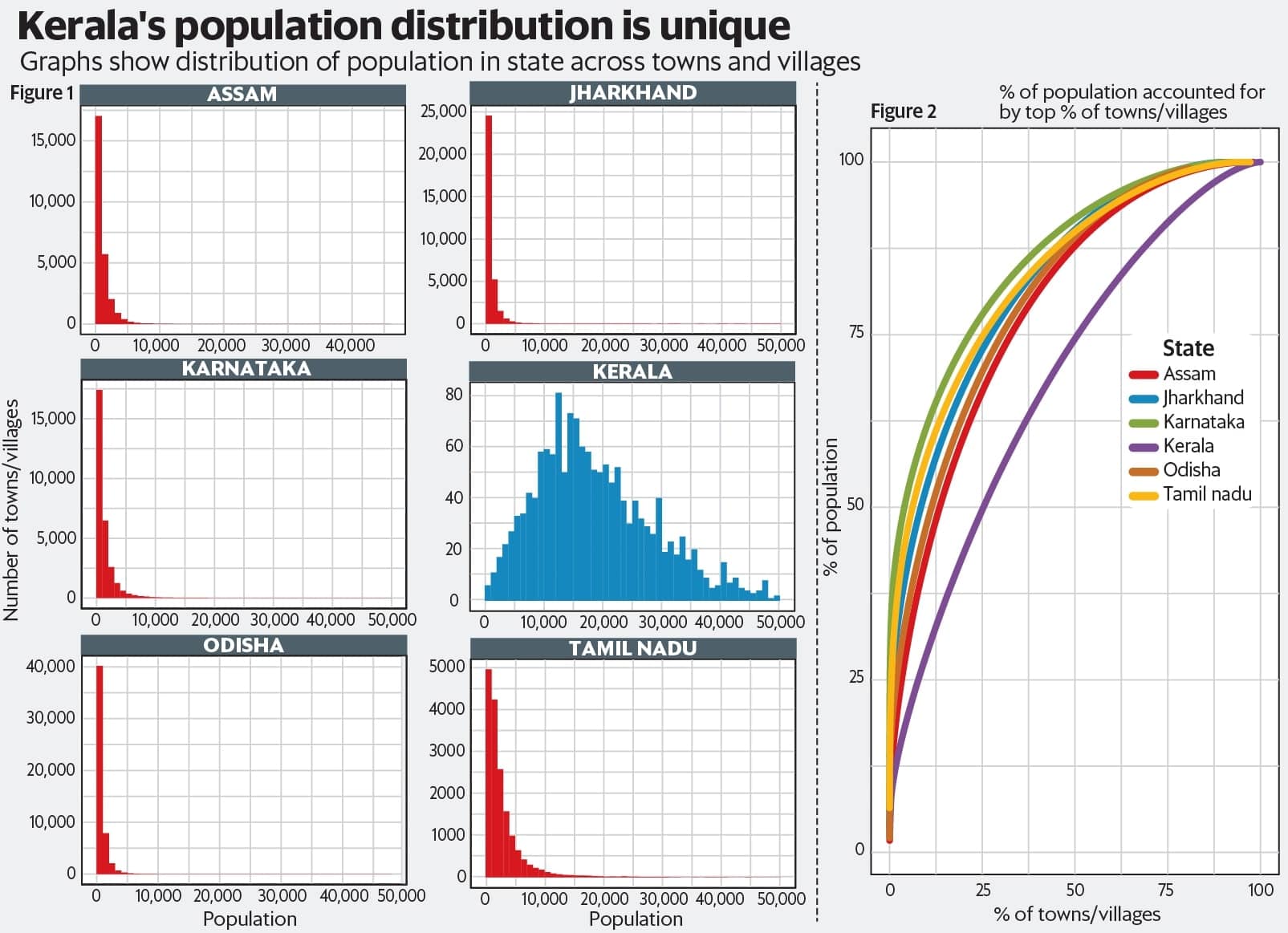 In the wake of the recent floods, this unique population distribution would have been both a boon and a bane for rescue and relief operations.

There are several methods by which we can quantify the way the population in a state is distributed across towns and villages. Kerala stands apart, and by a long way from any other state in India. We will start by comparing the population distribution in Kerala with that of neighbouring Tamil Nadu and Karnataka, and states that have a similar population (Assam, Jharkhand and Odisha). In order to see the distributions clearly, we will restrict our analysis to towns of population 100,000 or less.

Each bar in figure 1 shows the number of towns or villages in that population bucket, and it becomes very apparent that Kerala is very different from the other states in India. In most states, as the population decreases, the number of villages with that population range goes up (notice in the graphs above that for all other states, the bars are in decreasing order). This is exactly according to standard theories of network science and complex systems.

Kerala, though, is very different. The most common town populations there are in the 13,000-16,000 range, with a precipitous drop on either side.

The reasons why Kerala’s population is so uniquely distributed, in a manner that contradicts all theories of network science, can be left for another day.

For now, we can think about what this unique distribution means in terms of rebuilding the state following the devastating floods.