Donations to political parties by electoral trusts—pass-through vehicles set up to bring transparency in political funding from corporates—hit a record high in 2016-17, data released by the non-profit Association for Democratic Reforms on Monday shows. 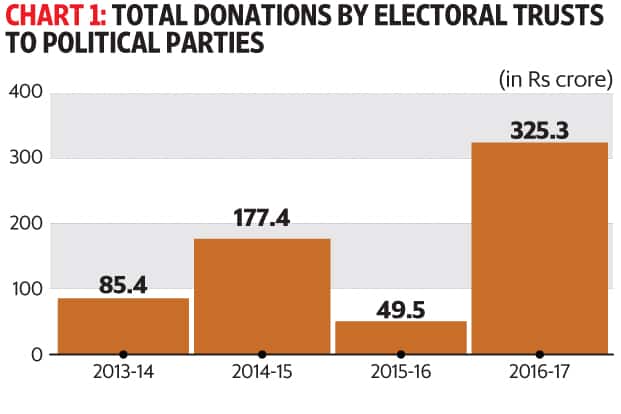 About 89% of this went to the ruling party at the centre and in the states, the Bharatiya Janata Party (BJP), which has vastly increased its share of the funding pie (see Chart 2). The top 10 donors were mostly old-economy businesses accounting for 58% of the funds disbursed (see Chart 3). 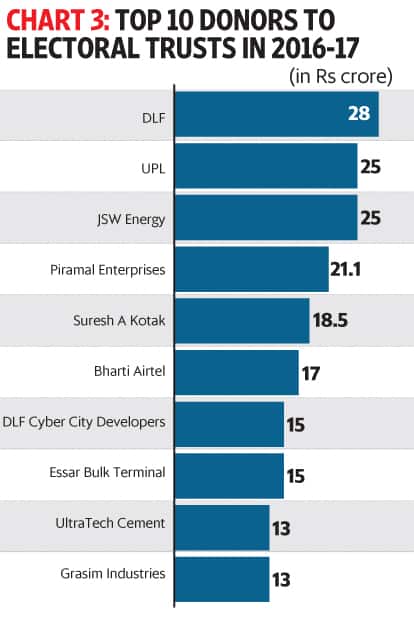