"storyDirectUrl"
OPEN APP
Home / Politics / News /  Why the Budget&#8217;s shots at Vodafone should be seen as a constitutional crisis

Why the Budget&#8217;s shots at Vodafone should be seen as a constitutional crisis

Pranab Mukherjee’s 2012 Union Budget speech was soporific and uninspiring, agreed most who had the patience to listen (or a job that required them to).

But what should have been one of the most important parts of the budget was not in the speech and instead buried deep in the new Finance Bill, which was uploaded by the finance ministry shortly after the speech. 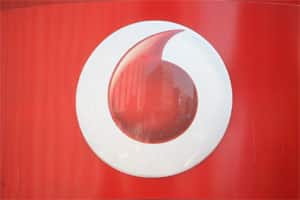 • for the purposes of charging tax,

• Even if it is registered or incorporated outside of India (i.e.: the Cayman Islands holding company of Hutchison Essar that Vodafone bought from Hutch),

• Then that company will be treated as an Indian company and will be subject to the whims of the income tax department.

This sends a clear message that the government does not want companies to structure transactions in complex, seemingly artificial ways to reduce their tax bill in India.

This is defensible and few aam admi will have sympathies for an MNC saving tax.

It is fair enough too that the government wants to fill its coffers in the India M&A boom, particularly if foreigners end up shopping here. And the Union really could use the money and invest it back into the country.

You could even argue that Vodafone and others who build such complicated offshore structures have it coming. Ironically, in Vodafone’s UK home the company attracted heavy flak for its tax structures and settling a tax bill with the government in 2010 that saved it around £6 billion pounds.

However, it is almost impossible to defend that the new law, which taxes deals such as Vodafone’s, “shall be deemed to have been inserted with effect from the 1st day of April, 1962".

To non-lawyers this might seem odd but lawyers will be quick to spot that it actually violates one of the most basic principles of a democratic society: the Rule of Law. This is the principle that no one, not even the government, is above the law.

A corollary of the Rule of Law is that legislation with retrospective effect is highly dubious and in fact the Indian constitution also bans retroactive criminal legislation.

Imagine being jailed for an act that was not a crime earlier. Say that you ate beef two years ago but today the government passes a law that anyone who’s ever eaten beef, even when it was not illegal, should go to jail.

Retroactive laws are the perfect tool for authoritarian states to persecute its citizens.

Topically more relevant in India is that the Rule of Law safeguards against corruption.

If someone stole your property and after you filed a complaint he was convicted for theft. But then the state changes theft laws retrospectively, allowing thieves to keep stolen property. It just so happens that your thief has become the local MLA too.

Certainty is also a fundamental principle of a good taxation system, which is something both Adam Smith and Chanakya agreed on.

People should be able to plan their lives and affairs in a manner they can predict. A simple example: you pay income tax at the standard rates for 20 years. One day the government makes a law that doubles all tax rates in the last 20 years, making the historical difference payable immediately.

There is enough here already for jurists and others to complain about but the real sucker punch is still coming.

Deeper in the Finance Bill is hidden section 113, which is a tour-de-force of terrible legal drafting, consisting of a single run-on sentence of 244 (!) words and 30 commas.

Translated and semi-simplified into human language, it basically says that:

• If in the past the tax authorities made a demand to tax an acquisition of Indian assets (read “Vodafone" under the new rules above),

• And if those assets were bought through the “transfer of a share or shares of a company registered… outside India" (one share, Cayman Islands - Vodafone check!),

• Then that demand “shall be deemed always to have been valid" and “shall not be called I question on … any ground including" that the transaction took place outside of India (Vodafone’s exact argument),

• Even if a court decided differently,

• And the government does not have to refund any money paid to it so far by the company in any way (Vodafone has already deposited ₹ 2,500 crore with the IT Department, for example).

If you want to read between the lines, read this: “Vodafone, you may have won fair and square in the highest court of the land after years of battle in our courts, but you know what, just hand over those ₹ 11,218 crore that we claimed you owed us anyway."

It is probably not illegal for the government to do this - it has passed retrospective tax laws before and courts have upheld these - and the Chief Justice of India (CJI) SH Kapadia’s Vodafone judgment was not without flaws or room for argument.

But this kind of overreach by the legislature should be seen as bizarre and frightening.

Vodafone spent dozens of crores of Rupees on legal and other advisers. Tax officials and senior government lawyers researched, studied and argued these cases for thousands of hours that they could have spent on other socially and economically useful matters.

Most damningly, perhaps, Kapadia and two of his brother judges in the Supreme Court and two more in the Bombay high court wasted literally months listening to arguments and delivering judgments, which the government is now effectively trying to turn into scrap paper. There are almost 60,000 cases pending in the Supreme Court, a number that is increasing by around 10% per year, while more than 3.2 crore cases are pending nationally.

It can make you wonder (or cry) about why the government ever bothered to let the courts do their thing for so long, if it was always going to force a win, extra-judicially if necessary. It may also be intended as a slap in the face of the Supreme Court, which has hosted some of the most activist judges in recent memory and has been a thorn in the government’s side over matters such as 2G, black money and other cases.

Finally, the most valuable and dangerous lesson for foreign investors may be that even if you are a multi-billion dollar multinational, you should not ever upset the Indian government.

It is a popular pastime for lawyers and advisers to try and justify India as an investment destination vis-à-vis China. Considering that India’s totalitarian neighbour has faster economic growth, better manufacturing and a much more efficient government, this is not that easy.

The India case therefore often turns on India having a large and young workforce, a fundamentally strong economy, and a democracy under the Rule of Law. Indian courts may be slow, but they are independent and at least call the Government to account and give you a solution if you are wronged, they argue. In China, by contrast, there is no accountability and if the Communist Party is out to get you you’re toast.

After this Budget it becomes hard to see how lawyers will be able to argue for the benefits of the Indian system over China.

This is not about whether Vodafone or other foreign or domestic companies should be paying tax or not.

This is about what kind country India wants to be.