The budget is ‘anti-people’: Opposition

New Delhi: Political parties reacted sharply to the Union budget presented by finance minster Pranab Mukherjee on Friday, with the main opposition party, the Bharatiya Janata Party (BJP), and the Left parties calling it “anti-people" as it would lead to a further rise in inflation. 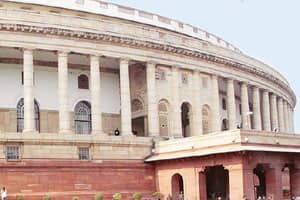 While the Trinamool Congress (TMC), an ally of the Congress-led United Progressive Alliance (UPA), said the budget was “tolerable", ruling party leaders praised it, calling it a “commendable budget in a difficult year".

The TMC, headed by West Bengal chief minister Mamata Banerjee, has been a turbulent partner for the Congress, having sought a reversal of the increase in passenger fares proposed in the rail budget.

“The budget will lead to a further rise in prices that will hit the common man, because it’s the failed economic formula of Pranab Mukherjee presented in a new frame," BJP leader Mukhtar Abbas Naqvi said.

He also referred to the political troubles of the government. “Dada’s (Mukherjee’s) budget presented amidst a revolt from Didi (Banerjee) will herald the farewell of the UPA government. Instead of leading the nation on the path of reform, it will lead it to indebtedness."

The Bahujan Samaj Party’s Vijay Bahadur Singh alleged that the budget was presented by a government “scared" by the verdict of the just-concluded assembly elections in which the Congress did poorly in Uttar Pradesh, Punjab and Goa.

“It’s a budget for urban India," Singh said. “No one is going to benefit."