New Delhi: Worried about a potential surge in the retail prices of life-saving medicines, activist groups are considering legal options against an inter-ministerial panel’s decision last week to approve market-based pricing for a number of essential drugs.

“We will argue (in the court) the case for both the extension of the NLEM (national list of essential medicines) drugs and for cost-based pricing formula. We reject any other mechanism," said Sakthivel Selvaraj, economist with the All India Drug Action Network (AIDAN), a petitioner in the Supreme Court case on drug pricing.

“The fact is price control exists in most developed countries and we need to regulate it as well. Our worry is that the companies will wriggle out of price control by manufacturing non-NLEM drugs," he said, arguing that medicine prices in India had no relation to the actual cost of production, packaging and marketing. 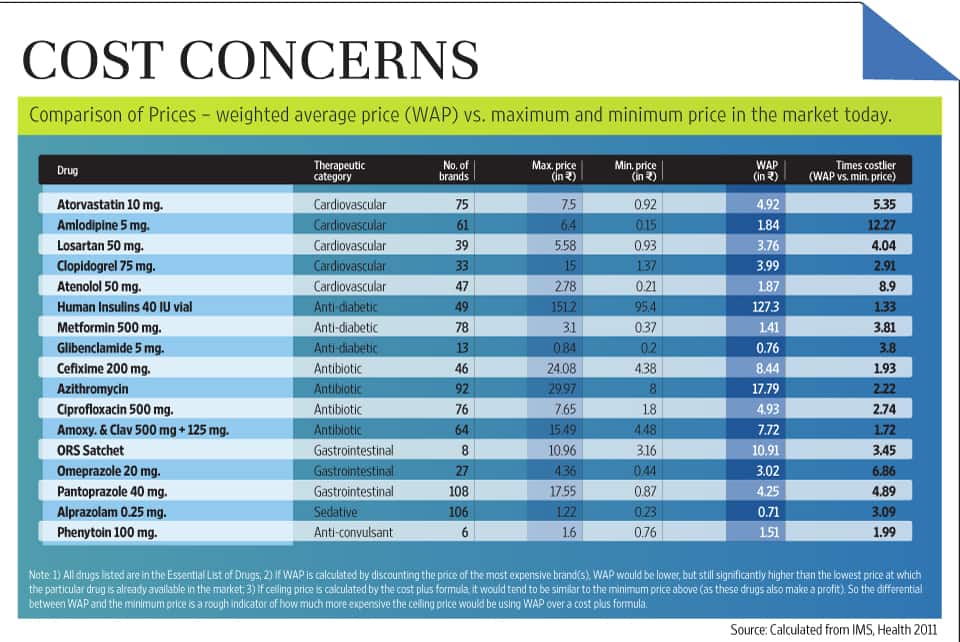 Currently, only 74 medicines come under the price regulation.

At the heart of the debate is the introduction of the weighted average price to determine the cap for drug prices based on the market shares of the top-selling medicines, a new concept in India.

“The method is skewed because expensive, branded medicines sold by companies investing heavily in promotion become market leaders. Expensive brands control the bulk of the market," said Amit Sengupta, health activist with Jan Swasthya Abhiyan (public health campaign). “If the government determines ceiling prices based on the average of top-selling drugs, it will neither bring down drug prices nor have price regulation. In fact, the step will encourage cheaper brands to start charging more and approach the high ceiling price."

Industry executives welcomed the GoM’s decision though they said it would reduce profit margins.

“We have data that shows that companies will suffer significant loss of revenue but we welcome this decision because it saves us from the cost-based formula which gave a lot of discretionary power to government officials in pricing drugs," said D.G. Shah, secretary general of the Indian Pharmaceutical Alliance.

“In some cases, reduction in retail prices will range from 24-95% and nearly two-thirds of the domestic market will see significant lowering of drug prices. As per our conservative estimates, the pharmaceutical industry will lose around 10-12% in sales and profits," he added.

The Supreme Court in 2011 directed the government to expeditiously put in place a mechanism to control the prices of all essential drugs so that these medicines would be affordable.

A 2004 study of the National Commission on Macroeconomics and Health found wide variation in the retail price of drugs sold and the price of those drugs sold in bulk through tenders to institutions. It established that price differences ranged from 100% to 5,600%. Additionally, there was a wide variance in the prices of branded medicines in various segments.