The government is discussing the listing of four public-sector general insurance companies on the stock market, the Times of India reported on Monday.

The listing of the four companies -- New India Assurance, National Insurance, Oriental Insurance Company and United India Insurance -- will be done over a period of time, the newspaper said, citing senior government officials. 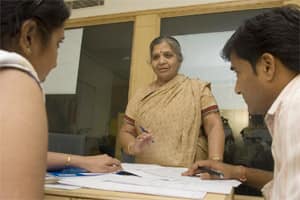 About two dozen public sector firms have cash reserves of Rs1.8 trillion ($36.7 billion) totally and the government’s disinvestment department is planning to ask some of them to return a portion of the funds to shareholders, the paper said.

The move will help the government, the biggest shareholder in these firms, to meet some of the shortfall created by its inability to achieve its target of raising ₹ 40000 crore through shares sales, it said, citing a government official.

A weak stock market that has fallen nearly 10% since the start of this fiscal year in April has hampered government share sales, putting at risk its plan to plug the fiscal gap.

Disinvestment department secretary Mohd. Haleem Khan could not be reached by Reuters at his office in New Delhi for a comment on the report.