New Delhi: The euro zone crisis, the future of Afghanistan and bilateral ties will be on the agenda of discussions between India and Germany during German foreign minister Guido Westerwelle’s day-long visit to India this week.

Trade and investment are also expected to figure prominently in the discussions between Asia’s third largest economy and Europe’s economic powerhouse.

Westerwelle, who arrives in Bangalore on Friday—on his third visit to India—will hold talks with his Indian counterpart S.M. Krishna, besides inaugurating events related to the Year of Germany and India to mark six decades of diplomatic ties between the two countries. 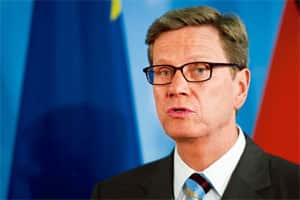 The talks will also focus “on enhancing bilateral trade, strengthening cooperation in the fields of green technologies, environmental protection, as well as higher education, IT (information technology) sector and the recently launched Blue Card scheme of the German government" that’s aimed at making the immigration process easier for skilled non-European Union workers, the embassy said.

India, whose economy has slowed, was nervously watching the outcome of the Sunday elections in Greece—one of the earliest countries to fall prey to Europe’s debt crisis.

Greece has received two bailout packages from the European Union (EU) in the past two-and-a-half years but the crisis is far from over. Sunday’s polls brought to power a pro-bailout coalition government. A good showing by the radical-left Syriza party—opposed to austerity measures accompanying the bailout package for Greece—could have resulted in the exit of Greece from the euro zone and putting a question mark on its future.

The EU as an economic bloc is India’s largest trade partner. India and the EU have been in talks to conclude an ambitious free-trade pact since 2007 but discussions have stalled over contentious issues such as tariffs and government procurement.

Germany, the euro zone’s biggest economy, is one of Greece’s main creditors. India this week pledged $10 billion to the global firewall—created under the International Monetary Fund—aimed at containing the financial contagion emerging out of the euro zone debt crisis.

On Afghanistan, India and Germany share similar views on the need to stabilize the insurgency affected country. German troops are part of the US-led international forces fighting a resurgent Taliban.

India and Germany also agree on the need for reforms to the UN Security Council with both the countries hoping for seats in a revamped body.

“Germany is an important trade partner for India in Europe, with steadily rising bilateral trade. Trade has almost doubled from €10 billion in 2006 and is expected to cross €20 billion in 2012," the Indian foreign ministry said in a statement. “The strategic partnership established between India and Germany in 2001 has been steadily supplemented with institutional arrangements."

According to Westerwelle, “Germany and India share a valuable partnership. Over the years we have developed a close dialogue on strategic issues—bilateral, regional and global. As this visit is taking place while celebrating 60 years of diplomatic relations between two countries, we should work hard to further deepen our relations," the minister was quoted as saying by the German embassy in its statement.