National Electricity Fund may get ₹ 9,000 crore in budget

National Electricity Fund may get ₹ 9,000 crore in budget

New Delhi: The Union budget may announce a provision of ₹ 9,000 crore for the National Electricity Fund (NEF), which will subsidize the interest on loans taken by state electricity boards (SEBs) to cut distribution losses.

Another government official, who also declined to be identified, said that a provision under NEF will be made in the budget to be announced on 16 March.

According to the contours of the programme, this subsidy will be performance-linked and aimed at an efficient distribution system. The boards will get discounts on interest rates—which will be paid by the Union government to the lenders—depending on performance.

“The discounts that can be availed on the basis of a rating system will have two slabs. The highest slab is of 4-5% and the next slab of discount is of 3-4%. This ₹ 9,000 crore will go towards the discounts," said the first official cited above. 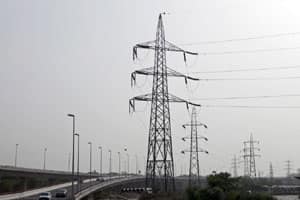 The finance ministry’s position could not be confirmed as officials aren’t allowed to interact with reporters during the last phase of preparations for the budget.

Power utilities in the country face aggregate transmission and commercial losses of around 30% because of unmetered and unaccounted use—the highest in the world. Many distribution utilities are saddled with losses arising from theft, inefficient transmission and billing inefficiencies.

Some regularly buy expensive power to tide over short-term deficits, and many haven’t revised rates in years.

“With the state governments and regulators showing little inclination in improving the SEBs’ financial health, the lenders have taken it upon themselves to increase the pressure on SEBs, by attaching loan disbursements with certain conditions contingent on regular tariff revisions and improving financials. We believe this sets a positive precedent and we expect this type of activity to continue due to the RBI (Reserve Bank of India) and central government’s patronage," said a 2 February report from UBS Investment Research.

Mint had reported on 20 February that the budget may announce a restructuring plan to improve the financial health of SEBs. NEF was announced in the 2008-09 budget speech and the troubled utilities are expected to avail ₹ 25,000 crore worth of loans in the first two years.

The poor financial health of these distribution firms means they cannot raise money at all, or can do so only at high interest rates.

Worse, since they are the main customers of power generation and transmission companies, there is a growing reluctance among investors and financiers to invest in the latter. The sector will need $400 billion in investment during the 12th Plan (2012-17).

The cumulative losses of the distribution utilities are around ₹ 75,000 crore, and if the present trend continues, their projected losses in 2014-15 will be ₹ 1.16 trillion, according to a study conducted by energy consulting company Mercados EMI Asia for the 13th Finance Commission.