New Delhi: The Petroleum and Natural Gas Regulatory Board (PNGRB) slashed by 64% the transportation and compression charges that Indraprastha Gas Ltd (IGL) can levy on the gas it carries, putting the financials of the Delhi-based gas distributor under pressure and sending its stock tumbling.

IGL has challenged the so-called speaking order, which was issued by the regulator late on Monday, in the Delhi high court.

The company, which began operations in 1998, is jointly promoted by state-owned GAIL (India) Ltd and Bharat Petroleum Corp. Ltd (BPCL), which together own 45% of the company. GAIL is the biggest gas distributor in India. 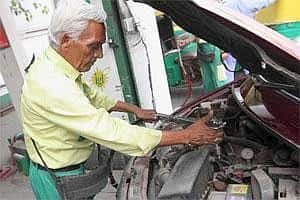 On 19 March, 2008, PNGRB had notified a pipeline distribution tariff of ₹ 38.58 per mBtu and compression charges of ₹ 2.75 per kg. PNGRB now wants IGL to bring tariffs down to these levels, with retrospective effect from April 2008.

“Though IGL submitted the tariff in 2009 to the board, it also raised various issues on the powers of the board to fix the tariff, which was never addressed by the board. PNGRB has finalized the tariff now around three years after the submission," the company said in a statement.

M. Ravindran, IGL managing director, could not be reached for comment.

The company appealed against the Monday order in the high court on Tuesday on the ground that it had been “denied the principle of natural justice".

A company spokesperson said it had challenged the various technical assumptions that PNGRB had cited in its order but declined to give details about the petition filed. He declined to comment on the company’s financials. IGL posted a profit of ₹ 296 crore in the year ended 31 March 2011.

PNGRB chairman S. Krishnan, however, dismissed these claims. He said the decision was based on technical data and that the regulator had been seeking data from IGL for a while now. “Our decision is logical, based on numbers. We’ll respond to the company in court," he said. Analysts said the regulator’s move could have a negative bearing on the gas transport sector as a whole.

“Under this scenario, IGL will struggle to make even normative returns on the capital it has invested in the business, in our view," Reuters news agency cited Citigroup analysts as saying in a note to clients on Tuesday.

While it was unclear whether PNGRB’s move would directly impact GAIL or other gas transporters, Sanjay Jain, director at New Delhi-based investment firm Taj Capital Ltd said firms charging in excess of regulatory norms would have to “fall in line".

Bhavesh Chauhan, an analyst at Mumbai-based Angel Broking Ltd, said several companies including GAIL, Gujarat Gas Co. Ltd and Gujarat State Petronet Ltd (GSPL) may face scrutiny that would send share prices down over the next few days. “The regulator is showing a clear intent to clamp down on companies overcharging," he said.

The impact of the regulator’s move is already being felt on these stocks—Gujarat Gas fell 15% and GSPL declined 7.5% on Tuesday. GAIL fell 2.5% and BPCL shed 2%.

Chauhan said payments with retrospective effect could add up to ₹ 1,500 crore. Bloomberg estimated refunds to customers at ₹ 1,800 crore.

Reuters and Bloomberg contributed to this report.