New Delhi: Power Grid Corp. of India Ltd, the nation’s largest power transmission company, plans to buy stakes in companies in Argentina and Paraguay as part of a plan to cut its dependence on its home market and as it expects asset prices to fall because of the global economic slowdown.

“We are exploring and pursuing opportunities in Argentina and Paraguay," said a top PowerGrid executive, who declined to be identified. “We should get out of one geography as it is a regulated market in India." 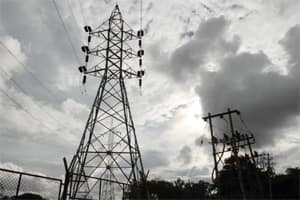 “We are looking at expanding our footprint. It can happen through creating new assets or acquiring stakes in overseas assets. We are exploring opportunities in Argentina and Paraguay," confirmed another Power Grid executive aware of the company’s plans.

India’s central transmission utility has set a target to buy assets in South America, Africa and West Asia within one-and-a-half years even as some of its proposals to expand overseas have failed.

PowerGrid’s plan to bid for a 5-10% stake in Redes Energéticas Nacionais, SGPS, SA (REN), as reported by Mint on 21 October, failed to get the approval of the Indian company’s board. The stake had been offered by the Portuguese government, which is seeking to sell its holding in the aftermath of the Euro zone debt crisis.

REN, valued at about $5.88 billion, is in the business of electricity and natural gas transmission.

“We were supposed to submit a non-binding bid but in the final meeting our board didn’t approve of it," said the second PowerGrid executive.

Another plan to buy National Transmission Corp. of Philippines in association with a local company also failed to yield results.

As part of its diversification strategy, PowerGrid also plans to enter the power transmission business in Bangladesh and Sri Lanka by setting up joint ventures with local partners. It also plans to jointly bid for contracts in West Asia and North Africa along with Qatar’s Venture Gulf Group and Kuwait’s Real Estate Construction and Fabrication Co.