New Delhi: A possible agreement on currency swaps and further negotiations on civilian nuclear cooperation are likely to be on top of the agenda when Japanese Prime Minister Yoshihiko Noda begins a three-day visit to New Delhi on Tuesday. Noda is arriving in India for the sixth edition of the annual India-Japan summit. 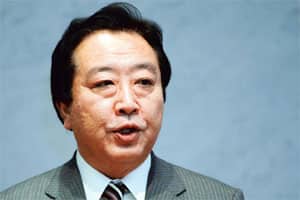 “India and Japan have a similar outlook on a host of regional and global issues. We have consulted on matters relating to maritime security and anti-piracy measures, counterterrorism and disaster relief as well as the regional architecture in East Asia," the official was cited as saying in a foreign ministry release.

India and Japan are negotiating a new currency swap agreement ahead of the visit, Reuters reported on Monday, citing a foreign ministry official.

A currency swap is essentially a foreign exchange agreement between any two entities to exchange the currencies for a specified period of time. Japan’s foreign reserves hit an all-time high of $1.3 trillion in November, and a swap arrangement could help India support the rupee, Asia’s worst-performing currency this year, the agency said.

A similar $3 billion arrangement between the two countries came into force in 2008 and lasted till June. The Nikkei business newspaper reported on Sunday that the new one would be set at $10 billion, Reuters said.

The other major issue up for discussion could be the civilian nuclear partnership between the two countries, analysts said. India has already held three rounds of negotiations on civilian nuclear cooperation with Japan, with the last round concluding in November 2010.

The Japanese parliament’s approval of similar nuclear agreements with at least four countries signalled the country’s intent to take the partnership forward with India as well, said K.V. Kesavan, an analyst at the New Delhi-based Observer Research Foundation.

“The possible civil nuclear trade that India can generate in the next decade and a half is at anywhere up to $100 billion," Kesavan said. “But all this would come to nothing unless India and Japan can sign an agreement as most US and French companies use technology licensed to them by Japanese companies."

Rajaram Panda, an analyst at the New Delhi-based Institute for Defence Studies and Analyses (Idsa), agreed. French and American companies use technology that has been licensed to them by Japanese companies such as Toshiba Corp. and Mitsubishi Heavy Industries Ltd, he said.

India has has already signed similar civilian nuclear agreements with the US, France, Canada, Kazakhstan and South Korea. On 4 December, Australia’s ruling Labour party cleared the sale of uranium to India.

Kesavan said the chances of the two countries concluding a civilian nuclear deal improved after Noda assumed power. “The previous prime minister, Naoto Kan, was reluctant to go ahead with the deal, but Noda appears keen," he said. The Japanese government has been facing opposition on the issue from various sections of people at home as India is not a signatory to the Nuclear Non-Proliferation Treaty.

Apart from this, the two countries are likely to take stock of progress on two key infrastructure projects—the $90 billion, 1,483km-long DMIC and the western arm of DFC—for which the Japan International Cooperation Agency has been providing loans.

Pre-qualification bids for awarding contracts for the first phase of the western DFC are likely to be opened on 11 January, said R.K. Gupta, managing director, Dedicated Freight Corridor Corporation of India Ltd. The final contracts for the project are likely to be awarded by March 2012. Gupta said the first phase of the western arm is likely to see an investment of ₹ 5,600-6,000 crore.