Thanks for Visiting Mint
You seem to have an Ad Blocker on. Please turn it off in order to continue, or whitelist Mint
HOW TO TURN OFF AD BLOCKER
OR
REFRESH IF YOU ALREADY TURNED OFF THE AD BLOCKER
Home >Politics >News >Coping with a layoff? It&#8217;s the end of one job; focus on a strategy to get another

Coping with a layoff? It&#8217;s the end of one job; focus on a strategy to get another

Coping with a layoff? It’s the end of one job; focus on a strategy to get another

Bangalore: It wasn’t supposed to be this way for the 34-year-old director of a Bangalore-based telecommunications start-up.

He planned to buy a flat with his savings. The firm was supposed to go on to become a success: and providing for his homemaker wife, two sons and his retired parents would never be a problem.

Then came the layoff. 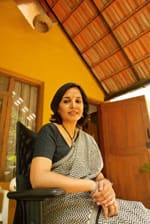 Spreading hope: Archana Bisht is director of 1to1 help.net, which offers counselling services to some 30 IT and ITeS companies. (Photo: Hemant Mishra / Mint)

Friday was his last day of work at the 30-member company. In an effort to lower costs, it had decided to shut down the marketing division and eliminate its staff of six.

He has his eye on employment with large multinationals. “I’m wary of start-ups and small companies," said the man, with a management degree, who shared his story on condition of anonymity.

One can hardly blame him, though, given the stigma Indian society places on job loss. It is often considered a personal shame, concealed even from immediate family members; some layoff victims go to great lengths to hide what has happened, spending days at the movies or bars so their families don’t know. With the current economic downturn leading to sporadic layoffs in a few companies, Mint asked psychologists, employers and displaced workers themselves what the best way to cope was.

Every person deals with job loss differently, depending on one’s personality and coping skills. Psychologists report some patients suffer from clinical depression, anxiety disorder or even become suicidal after experiencing a job loss. This mostly happens to men who are sole bread-winners in the family. “It is unfortunate that Indian men have few socially acceptable avenues for expressing their vulnerability," says Poornima Bhola, assistant professor and consultant clinical psychologist at Bangalore-based St John’s Medical College Hospital.

An individual’s reactions to job loss transitions from one stage to the next—1) shock, 2) anger, 3) a feeling of worthlessness and 4) coming to terms with reality. If one gets stuck at stage 3, it tends to develop into depression. So how do you ensure getting past stage 3? Psychologists say the key is to confide in people that you trust. Talk to your spouse, close friends, elders and even your kids, if they are mature enough to understand. The minute you withdraw, the problem gets magnified in your head.

“In India, work is the whole identity...and if that is taken away (people feel) there is nothing else left," says Archana Bisht, director and co-founder of Bangalore-based, 1to1help.net Pvt. Ltd, which provides psychological counselling services to employees of 30-odd information technology (IT) and IT-enabled services (ITeS) firms and also companies such as Citibank NA India and Bharat Petroleum Corp. Ltd.

An unexpected form of succour is exercise, as endorphins will stimulate positive emotions. Try to eat and sleep on time and don’t overdose on alcohol and smoking, doctors advise.

Layoff victims might consider Michael Gates Gill the messiah of today’s uncertain times. At 53, he was fired as creative director at advertising giant JW Thomson Worldwide. He went broke; his marriage ended, he was even suspected of having a brain tumour—and then he got a job at Starbucks. He served people coffee at a Manhattan outlet of the international coffee chain, and mopped the floors. Then he wrote a book about it.

Gill shot to fame with his How Starbucks Saved My Life: A Son of Privilege Learns to Live like Everyone Else and Hollywood actor Tom Hanks has bought the movie rights to it.

He writes that he dressed up every day in a tie, even though he had nowhere to go and then one day, ended up at Starbucks: “Still in my own cocoon of self-pity and nostalgia about lost fortune and family, I ordered my latte and made my way over to a small table. I sat down and did not look at anyone nearby. Staring into my interior space, I tried to make sense of a life that seemed to have completely gotten away from me."

When a manager asked if he wanted a job, he said yes.

In a television interview, Gill was upbeat. “I’m alive. I’m happier than I’ve ever been. And I have a chance to share my story, and maybe somebody, hopefully younger than me, can say, ‘Hey, if you ever get a chance, and you feel stuck, leap to a new life’."

On the financial front, a layoff could mean crisis, especially with mounting multiple EMIs (equated monthly instalments), that go towards paying a loan, hitting your savings account every month. While you can stop systematic investment plans, you can’t halt your car or home loan payments. Some student loans, however, allow payment deferrals in case of job loss, so check with your lender.

As a thumb rule “maintain three months salary as a liquidity fund", says Ramesh Ramakrishnan, a Bangalore-based independent certified financial planner who manages about 180 clients, 80% of whom are from the IT sector. “Your monthly salary should ideally be four times your EMI payments."

Ramakrishnan lived through the dotcom bubble bust when he saw his clients default on home loan payments, sell off their cars and liquidate all investments possible, to tide over a cash crunch.

On the job front, try not to panic and move strategically. While a junior level person can afford to carpet-bomb job sites and portals, companies and friends with resumes, more senior job seekers need to be discreet. The best option is to go through references and close friends who genuinely want to help. Reach out to a few recruitment agencies with whom you have a rapport. In case you don’t have friends in recruitment agencies, “...you can talk to your HR director and ask him to recommend you to a (recruiting) agency," says Asim Handa, Delhi-based country manager of Futurestep, Inc., a full subsidiary of Korn/Ferry International, which specializes in recruitment process outsourcing.

A big dilemma is: what does one tell the next employer? According to Handa, one shouldn’t hide any facts because if tomorrow the next employer finds out, it raises questions about integrity. And the Internet has made the job market a very small place.

Admittedly, it’s easier said than done. As the laid-off director in Bangalore keeps looking for his next move, he says it’s been harder than he expected.

“I’m surprised it is taking time to find another job," he said. “I had four rounds of interviews with a company and then they told me they are not recruiting for that position." And asked if he will tell his future employer that he was laid off, he replied, “No way. I’ll not volunteer the information."