Mamata Banerjee | One enemy, many suitors

Mamata Banerjee | One enemy, many suitors

Running on a Congress party ticket in 1984, Banerjee handed Somnath Chatterjee the only electoral defeat the veteran parliamentarian suffered in a 41-year political career during which he won election to the Lok Sabha 10 times.

A quarter century later, Banerjee has much more at stake than winning her own election, this time from Kolkata South, where her key opponent is Rabin Deb, a Communist Party of India (Marxist), or CPM, veteran and election strategist. Voting will take place in the constituency on 13 May. 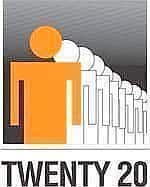 What is more, senior Congress leaders from the state such as Somen Mitra and Subrata Mukherjee, who were her mentors until she deserted the Congress, are fighting the general election this time largely on the strength of Trinamool Congress in the Leftist bastion that is West Bengal.

“Mamata is the most popular leader (in West Bengal)…and people want change. So the conclusion was, there is a groundswell of support for this alliance," says external affairs minister Pranab Mukherjee, a senior Congress leader from the state, explaining the rationale for the tie-up.

That assertion will be tested in the ongoing election, although Banerjee, now 54, has shown remarkable resilience in bouncing back to the state’s political centre stage after being virtually written off three years ago.

After the 2006 assembly election, in which the Trinamool won as few as 30 out of the 257 seats it contested, the party’s and Banerjee’s political future appeared dark. But she galvanized her party in a matter of months with her campaign against land acquisition for industrial projects.

The campaign started in September 2006 in Singur, where the administration overrode local protests and acquired 1,000 acres for Tata Motors Ltd’s small-car factory, and spread across the state as the state government announced plans to acquire a much larger plot in Nandigram in January 2007 for a proposed chemical hub.

Banerjee’s energetic resistance forced Tata Motors to move out and the chemical project to be called off, establishing her as a political force in a state where the Left has had an unbroken 32-year hold on power.

“I have seen her grow into a popular mass leader from a greenhorn, and what I am impressed with is that she has achieved everything on her own—not by virtue of being somebody’s daughter or wife," says Krishna Bose, a former Trinamool Congress representative in Parliament.

Election results may give a different impression, but in West Bengal, the ruling Left Front receives only a shade over 50% of polled votes in almost all elections. Had there been a unified opposition like in Kerala, the Left may not have looked as omnipotent as it has in West Bengal.

Banerjee has been trying to combine the anti-Left votes, and that explains why she has been allying with either the Congress or the Bharatiya Janata Party (BJP) for all elections since 1999, with very few results to show.

In 1999, she allied with the BJP in the general election, but within two years, fell out with the leaders of the BJP-led coalition and joined forces with the Congress for the state assembly election in 2001. Though the contest was expected to be close, the Left Front retained power, winning 192 out of 294 seats; the Trinamool Congress-Congress combine won just 86 seats.

The result in 2001 led to bickering between the two parties and Banerjee chose the BJP again as her partner in both the 2004 general election and the 2006 assembly polls. But that led to even worse results for her party: In 2004, the BJP-Trinamool Congress combine won only one out of the 42 Lok Sabha seats while the Congress, fighting on its own, secured six.

In the 2006 assembly election, Trinamool was routed again. After the debacle, Banerjee distanced herself from the BJP and allied with the Maoists in West Bengal to strengthen her campaign against land seizure.

Her party wrested control of Nandigram and adjoining areas, winning a January by-election for an assembly seat there. But the first signs of its comeback were seen a year ago when, on the back of statewide protests against land acquisition, the party made inroads into traditional Left bastions such as East Midnapore and South 24 Parganas districts in panchayat, or village council, elections.

Strangely for a politician so focused on West Bengal, Banerjee has never contested a state assembly election in her 35-year political career. She has never seemed to be big on building a political career in New Delhi either, twice resigning ministerial posts so she could concentrate on the state.

Banerjee is known as a hyper and restless person.

“When I had just become an MP (member of Parliament), I had to share a room with Mamata (in Delhi) for a few months," recounts Bose. “She would stay up till dawn, while I struggled to sleep. One day, I asked her why she couldn’t sleep at night. And she said her body clock had gone haywire since she was beaten up in the head by CPM goons."

Banerjee was probably referring to a skirmish in 1989 in which she has badly injured, but she has been physically assaulted so many times that she has probably lost count.

“Mamata is a very active person—restless you may say—always doing something or the other. Often on a flight she would start writing…what she thought was the beginning of a novel. And after writing six or seven pages, she would read it out to me, and I knew what she expected from me—a pat on the back, almost like a child," says Bose.

She would never travel executive class, though as a member of Parliament she was allowed to, or in a big car. When she was railway minister, Banerjee took an autorickshaw to Parliament because her own car didn’t turn up, and she wouldn’t get into Bose’s car because it was a big sedan. “It’s difficult to reason with her at times...But that’s Mamata… Her simplicity, bordering on childishness, is what makes her such a unique leader," says Bose.