Banks in no hurry to increase interest rates

Banks in no hurry to increase interest rates

Mumbai: The Reserve Bank of India (RBI) on Tuesday raised its policy rates to make money more expensive and fight rising inflation in an economy that has recovered from the impact of 2008 global credit crunch. The central bank also raised its projection for economic growth to 8.5% from 8% in April.

It raised the repo rate—at which it lends to commercial banks—by 25 basis points (bps) to 5.75%. The reverse repo rate—or the rate at which banks park excess cash with RBI—has been raised by 50 bps to 4.50%. One basis point is one-hundredth of a percentage point. 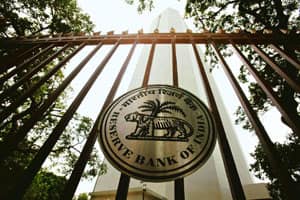 RBI governor D. Subbarao said repo rate is now the effective rate and the central bank will “actively manage liquidity" to maintain its effectiveness. This means, RBI will not allow excess liquidity in the system and allow the reverse repo rate to come into play.

RBI expects banks to raise their lending as well as deposit rates following the rate hike, but bankers do not seem to be in a hurry to do so.

“We expect credit to be dearer... As credit demand picks up, we expect lending and deposit rates to go up," said Subbarao.

O.P. Bhatt, chairman of State Bank of India, the nation’s largest lender, admitted that “some upward bias in interest rates has been built up" but said “had they (RBI) increased CRR (cash reserve ratio, or the portion of deposits that banks need to keep with RBI) the bias would definitely have been very tight".

“That has not happened. So now it will depend upon what is the view regarding credit offtake. I don’t think any bank would take the decision to hike. Every bank is going to absorb what has happened today," Bhatt said.

Chanda Kochhar, managing director and chief executive officer of India’s largest private sector lender ICICI Bank Ltd said rate movement will depend on “demand and the supply" (of money). “My feeling is, in the immediate future, you will not see any movement but over a period you would see some amount of movement."

Pramit Jhaveri, chief executive, Citibank India, too, said “Given low real interest rates in India and overall monetary conditions, we expect deposit rates to reprice higher as they start coming up for maturity over the few months."

The rupee strengthened, closing at 46.66/67 per dollar on Tuesday, from its previous close of 47.04/05. But this is on account of the dollar’s weakness globally and has nothing to do with the RBI policy.

Inflation continues to be the main concern for the central bank. In fact, it has raised the inflation projection for March 2011 to 6% from 5.5%.

Wholesale price inflation has been in the double digits since February and it will continue to do so at least for a month when the full impact of the hike in fuel prices in the last week of June will be felt. By RBI’s estimate, the rise in fuel prices will raise the inflation figures by 1 percentage point.

“The development on the inflation front is worrisome. The dominant concern that has shaped the monetary policy stance in this review is high inflation... With growth taking firm hold, the balance of policy stance has to shift decisively to containing inflation and anchoring inflationary expectations," Subbarao said.

Although finance minister Pranab Mukherjee said the steps announced by RBI will check inflation without hurting growth, bankers and industry fear that the initiatives will put pressure on interest rates.

“I expect this policy will lead to further easing of inflation which already is going down. It should also keep us fully on track in terms of growth. The monetary policy...is another calibrated step in the right direction," Mukherjee said while talking to reporters in Delhi.

Both Montek Singh Ahluwalia, the deputy chairman of the Planning Commission, and finance Secretary Ashok Chawla said RBI decision to raise interest rates will not adversely affect the real economy.

This is fourth rate hike since March and two of the hikes took place outside RBI’s monetary policy announcements. To avoid recurrence of this, the central bank has decided to conduct six-weekly monetary reviews. The first such review is slated for 16 September.

This may end the practice of announcing rate hikes outside policy, but Tuesday’s hike is definitely not the last of rate actions and analysts are expecting further tightening during the year. Rohini Malkani, economist of Citigroup India, said, “Given the growth and inflation outlook, we now expect RBI to raise rates by at least 50 bps in 2010. This would take the repo and reverse repo rate to 6.25% and 5%, respectively, by December 2010."

A Tuesday report by ICICI Bank, global markets, said RBI would hike its policy rate by additional 75 bps by March. That will take the repo rate to 6.75%.

“The success of the policy depends on how banks respond to sector-specific rate adjustments," said Rupa Rege Nitsure, chief economist at Bank of Baroda.

“I expect lending rates to go up, but banks should make sure they adjust the spread in such a way that cost of borrowing rises in sectors that are showing some signs of overheating at the same time, genuine credit needy sectors like small and medium enterprises, and labour-intensive and export-oriented sectors continue to get cheap credit," Nitsure added.

Both S. Raghavan, head of treasury at IDBI Gilts Ltd, a primary dealer that buys and sells governemnt bonds, and Sujan Hajra, chief economist, Anand Rathi Financial Services Ltd, found the tone of the policy more hawkish than what they had expected.

Anup Roy of Mint, PTI and Reuters contributed to this story.