New Delhi: The government on Sunday said it will finalise new royalty rates for major minerals other than coal, lignite and sand by August 2012, which will boost its revenues significantly.

“We have formed a committee to review royalty rates. The committee is having extensive meetings with all stakeholders, including state governments. By August, new royalty rates will come," mines minister Dinsha Patel told PTI. 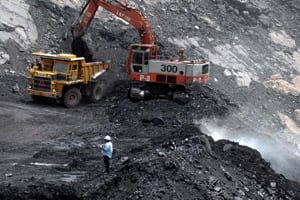 On the demand for higher royalty from states, Patel said the new Mines and Minerals (Development and Regulation) Bill, 2011, will address their concerns.

The new Mines and Minerals Development and Regulation (MMDR) Bill makes it mandatory for coal miners to share 26% of their profit and others an amount equivalent to the royalty amount with project-affected people.

Meanwhile, a key official in the expert group to formulate new rates said the views of the state governments and the industry carry a lot of weight and will be considered while fixing the same.

Dissatisfied with the present royalty rates, states like Odisha and Chhattisgarh have already demanded a multi-fold increase in the levy.

Odisha chief minister Naveen Patnaik said in a letter to Prime Minister Manmohan Singh last year that the mining industry is earning “super normal profits" at the cost of the state and had demanded a 50% mineral resource windfall tax, taking a cue from Australia, which has decided to levy higher taxes on iron ore from July, 2012.

Mines minister Patel, in a letter to Patnaik in January, had said, “This issue would be taken up by the Study Group on Royalty and Dead Rent... where the state government of Odisha is also a member."

The royalty rates for major minerals, including iron ore, are due for a revision this year and a 17-member study group is likely to submit its report at the beginning of next fiscal.

There are 51 minerals prescribed in the second schedule of the MMDR Act, 1957, and the rates vary from mineral-to-mineral. The royalty on iron ore is 10% at present.