2G Scam | Promoters of Essar, Loop did not appear before special court

2G Scam | Promoters of Essar, Loop did not appear before special court

New Delhi: The promoters of Essar group and Loop Telecom--Anshuman and Ravi Ruia and I P Khaitan and Kiran Khaitan respectively—on Friday failed to appear before a Delhi court trying the 2G spectrum case and their lawyers claimed they have not been “duly" served with the summons. 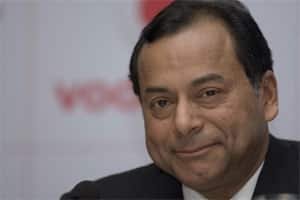 The plea that the summons have not been “duly" served was taken by Ruias and Khaitans also.

The special CBI judge had earlier on 21 December, had issued summons to Essar Group promoters Anshuman and Ravi Ruia, Loop Telecom promoters I P Khaitan and Kiran Khaitan, Vikash Saraf and three firms after taking cognisance of the CBI charge sheet arising out of the probe in the 2G scam.

Special public prosecutor U U Lalit questioned the non-appearance of some of the accused saying that the defence counsel were “indirectly asking for the stay of proceedings" which they failed to get from the Delhi High Court.

The defence lawyers said that Ruias and Khaitans are at present in Dubai and the CBI officials pasted copies of the summons at their Delhi and Mumbai addresses.

The agency did not execute the service of summons at proper addresses, they said.

Seeking the court’s intervention, the defence lawyers said that the matter be deferred as the issue relating to the jurisdiction of the special CBI Judge was pending adjudication before the Delhi High Court.

Earlier, the High Court had asked the Essar Teleholdings and Loop Telecom and the CBI to approach the Supreme Court to get clarifications on the directions which restrained other courts from entertaining pleas related to the 2G case.

The apex court had also ordered constitution of a special court to deal with the matters arising out of the probe in the 2G case. Two accused firms have sought setting aside of the notification by which the special court was formed.

“They (defence counsel) are indirectly asking for the same relief (staying of proceedings) which they have failed to get from the Delhi High Court," Lalit responded.

The Supreme Court had amply made it clear that none other than the special court would hear the matter related to the 2G case, the special prosecutor said.

“Kindly mark why the High Court was not giving the interim relief to them (accused) because the Supreme Court, in one of its orders, had said that no matter related to the 2G case could be heard by any other court, except the special court," he said.