Drawing a vertical line right through the middle of India defines India’s axis of wealth, as most of India’s better-off districts lie to the left of that line

Imagine drawing a vertical line right through the middle of India. You may be surprised to find that such a line defines India’s axis of wealth, as most of India’s better off districts lie to the left of that line.

The map on the right shows the spread of asset poverty in the country. Census enumerators ask questions about ownership of 12 key assets, and classify households which have none of these specified assets separately. Nationally, the proportion of such asset-poor households is 18%, roughly similar to the official consumption-based poverty estimate of 22%. Districts with the highest levels of asset poverty are located roughly across India’s notorious red corridor, a belt of left wing extremism that stretches from Maharashtra in the west to Assam in the east. As the asset poverty map shows, the least poor districts are largely clustered in the extreme north and extreme south of the country. 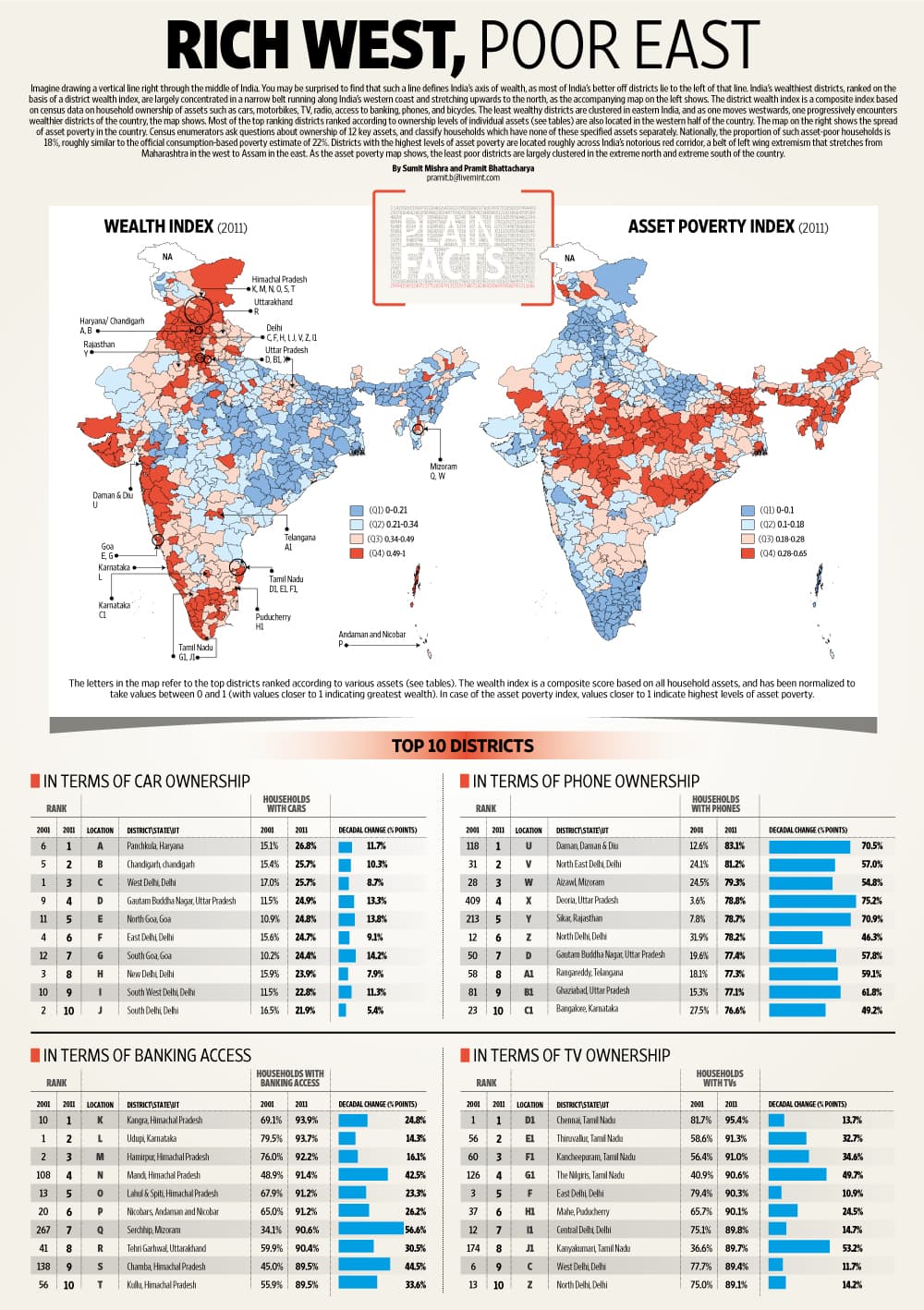