Cabinet allows PSUs buy back shares, invest in others

Cabinet allows PSUs buy back shares, invest in others

New Delhi: In an effort aimed at meeting the disinvestment target of Rs40,000 crore for the current fiscal, the cabinet on Thursday approved the purchase of government stakes in profitable public sector undertakings (PSUs) by the companies themselves.

Under this proposal, the companies will buy a part of the stake that the government owns in them. 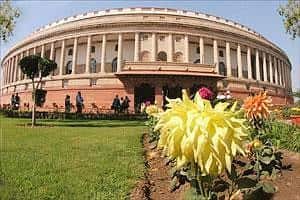 The move comes as the government sells a 5% stake in Oil and Natural Gas Corp. (ONGC) through the auction route, a move that is likely to fetch Rs12,000-13,000 crore.

Any cash returned through share buybacks would help the government, the biggest shareholder in these companies, while investment in share sales of other state-run firms would help the faltering divestment plan.

“It seems fiscal management is right on top of the government’s mind," said Jagannadham Thunuguntla, head of research at SMC Global Securities.

“They are looking at all modes possible to reach their Rs400 billion target -- if not this year, then early next year."

The Cabinet Committee on Economic Affairs (CCEA) approved the buyback proposal and allowed cash-rich state firms to bid in the divestment programme.

“It all depends on companies, it is just an enabling provision," Praful Patel, minister of heavy industries, told reporters.

The government is widely expected to miss its deficit target of 4.6% of GDP (gross domestic product) for the fiscal year ending March, in part due to its inability to raise target of Rs40,000 crore ($8.1) billion through state-company share sales.

So far this fiscal year, the government has only raised about $250 million. It is expected to raise another $2.5 billion by selling 5% stake in Oil and Natural Gas Corp (ONGC) in a share auction on Thursday.

Analysts said the government needs to cut its holding in several firms and is likely to encourage share sales in these.

Other cash-rich companies, such as Coal India or NTPC or SAIL, whose cash reserves are far beyond their expansion or acquisition plans, may consider investing in share sales in other public sector companies.

“If the companies have surplus cash they can go for this option," a government source said adding: “The final decision would be taken by the company boards."