New Delhi: The Department of Telecommunications (DoT) is examining a proposal to allow foreign sovereign funds a “special dispensation" under which the company that they have invested in won’t need to participate in the upcoming 2G auction but only have to pay the final auction price.

Such a move could skew the bidding, analysts said.

“As there has been no wrongdoing by the sovereign funds, this is a fit case for providing them with the special dispensation of matching the market-discovered auction price for spectrum and getting the spectrum they have had at this price so that they can continue their business with their existing subscriber base," Ajay Shankar, member secretary, National Manufacturing Competitiveness Council, wrote in a letter to DoT on 23 May. “In public procurement, it has been acceptable practice in certain circumstances to allow some bidders to match the highest market-discovered price and get part of the business." 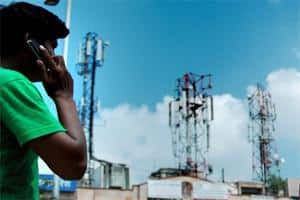 According to the note, “Perception of India’s attractiveness as an investment destination in terms of political, policy and regulatory risks has been adversely affected due to a number of developments. It is essential that measures be adopted which act as credible signals to reverse the negativity in perceptions."

Currently, there are three major investments by sovereign funds in the Indian telecommunications sector. Among them is Uninor, which has a 67.7% stake held by Norway-based Telenor ASA. Telenor, in turn, is controlled by the Norwegian pension fund, which is considered one of the world’s largest sovereign funds, providing pensions to all Norwegians.

The third is Etisalat DB Telecom India Pvt. Ltd, the joint venture between United Arab Emirates-based Etisalat (Emirates Telecommunications) and Shahid Balwa-promoted Dynamix Balwas group. Etisalat is majority controlled by the Abu Dhabi Investment Council that is also one of the largest sovereign funds in the world. Etisalat DB has stopped all operations in the country, but has not completely ruled out participating in the coming auction.

All three companies have been adversely impacted by the 2 February Supreme Court verdict that cancelled 122 telecom licences and spectrum awarded to nine companies. The court’s verdict also called for the auction of the 2G spectrum. An empowered group of ministers (eGoM) headed by home minister P. Chidambaram looking into the rules and regulations regarding the auction has recommended to the Cabinet that a total of eight slots of 1.25 MHz of spectrum in the 1800MHz band should be auctioned. A telecom operator needs a minimum of 5MHz, or four such slots, to be able to offer mobile telephony services in the country. The eGoM also suggested that if a new operator wins at least two slots, then it could be provided another two wherever available as a top up, on payment of the auction price.

The cabinet is expected to take a final decision on the issue at its next meeting.

“I fail to understand how they will be able to reserve that much spectrum for the operators. I don’t believe it will be possible for them to reserve the slots as it would mean too few bidders and, therefore, a lower price as the final outcome of the auction," a Mumbai-based brokerage analyst working with a multinational investment bank said requesting anonymity as his organization does not allow him to speak to the media.