New Delhi: The Modi effect helped India move up a spot to No.8 in a ranking of the world’s most valuable nation brands released by UK-based brand consulting firm Brand Finance. 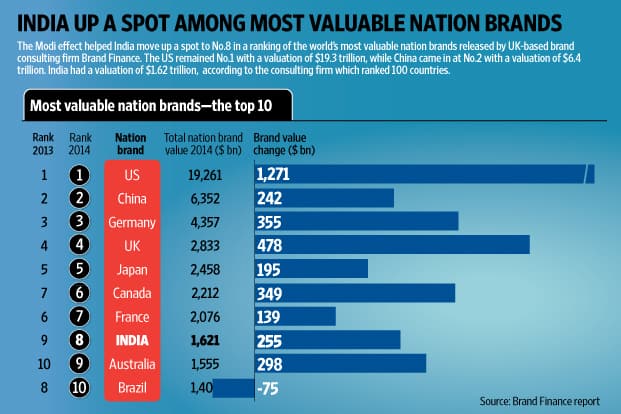 “Though the appointment of India’s new Prime Minister Narendra Modi was greeted cautiously by many Western governments, he has provided a renewed sense of purpose to India’s bureaucracy, improving confidence at home and abroad in the ease of doing business there. The India Brand Equity Foundation is reinforcing that message, providing a gateway for investors by providing information on India’s products, services and business climate with the aim of promoting international awareness of the Made in India label in markets overseas," the Brand Finance report said. 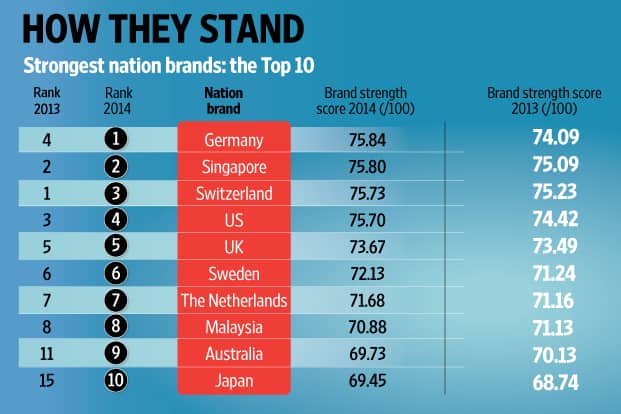 “The states of the 21st century are participants in a global marketplace, with intense competition for tourists, students, the best workers and investment. The results of this year’s Brand Finance Nation Brands report show the advantages that a strong nation brand can confer; the effect of a country’s image on the brands based there and the economy as a whole makes a nation brand the most important asset of any state. Governments, trade bodies and businesses must take steps to ensure that their nation brand is strategically appropriate, well-managed and regularly monitored in order to maximize the benefits," said David Haigh, chief executive, Brand Finance.

The top five nations remain unchanged from 2013; Germany, the UK and Japan came in third, fourth and fifth, respectively. The lower half of the top 10 saw more significant changes.

Both Canada and Australia also rose in the rankings—to No.6 and No.9, respectively. 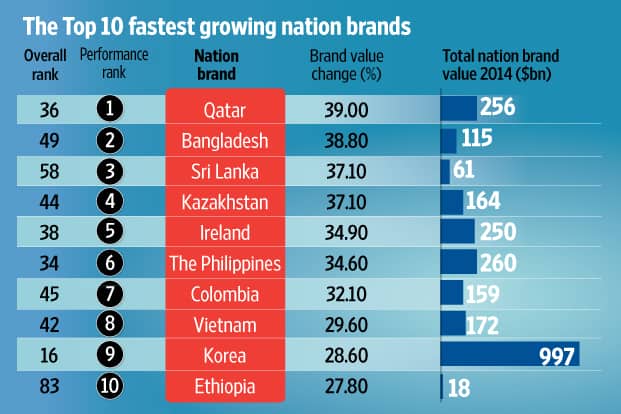 “Despite fairly flat growth of late, Germany remains Europe’s powerhouse with an almost unrivalled reputation for quality manufacturing and efficiency. Unemployment is falling and the country’s World Cup win has, to a limited extent at least, generated a positive ‘halo’ effect," the report said. 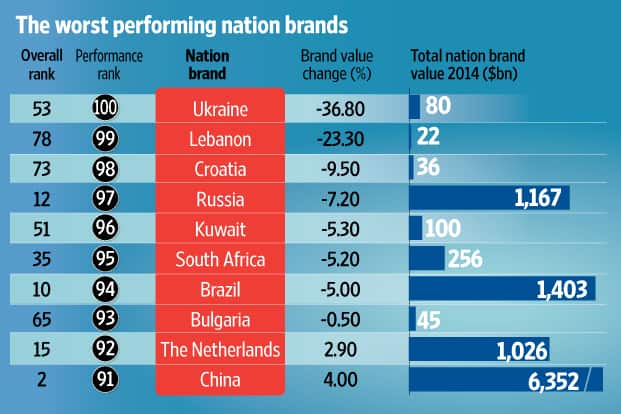 Singapore and Switzerland followed at No.2 and No.3, respectively. The strength of a nation brand, according to Brand Finance, is determined by the country’s performance across four pillars; goods and services, tourism, talent and investment. The scores in each area are combined to produce an overall Brand Strength Index.