Bangalore: The ruling Congress had its worst performance in assembly polls in Goa since the territory became an Indian state in 1987, retaining only nine of its 16 seats in the 40-member assembly and losing power to Bharatiya Janata Party (BJP). 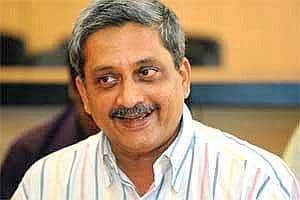 A file photo of Manohar Parrikar

Chief minister Digambar Kamat submitted his resignation to governor K. Sankaranarayanan on Tuesday evening. Before leaving for the governor’s residence, Kamat told reporters claimed he had been sidelined by his party.

The BJP performance represents its best result since its debut in 1987, when its candidates lost their security deposits in the seven constituencies they contested. Since then, the party has seen impressive gains and formed the government in 2002, when it won 17 seats.

Shamsheer Yousaf says an anti-Congress wave has worked in favour of the BJP in Goa, allowing the party to clock its largest ever win in the state

Former chief minister Manohar Parrikar, who held the position between 2000 and 2005, told CNN-IBN that he will most likely be the next Goa chief minister. “I have given a time schedule which I will follow. In the budget, we will make announcements on petrol, VAT (value-added tax) and inflation," he told the channel.

Congress spokesperson Abhishek Manu Singhvi said the BJP’s victory could be primarily ascribed to perception about illegal mining in the state.

Parrikar, 56, a graduate of the Indian Institute of Technology, Bombay, has been at the forefront of an anti-corruption campaign against Kamat. He submitted a report criticizing the government and accusing it of being complicit in illegal mining.

For Kamat, the loss comes as a blow, despite him being the first state chief minister to complete a full term. Kamat held on to power despite several attempts to topple his government amid allegations of corruption.

The Congress defeat highlighted the flaws in the strategy of giving tickets to family members of party leaders. Three of public works department minister Alemao’s family members, two on Congress tickets and one on the NCP, also lost. Congress suffered from a ticket-distribution process that eventually backfired. Congress general secretary Vijai Sardesai, who was refused a ticket in the Fatorda constituency, quit the party and won as an independent candidate.