SC upholds 25% reservation for poor in schools through RTE

SC upholds 25% reservation for poor in schools through RTE

New Delhi: The Supreme Court upheld the constitutional validity of the Right to Education Act in a landmark judgement on Thursday, taking a child-centric view of the law.

The government’s plan to introduce social inclusiveness in primary education has prevailed and all schools, except unaided minority institutions, will have to admit at least 25% students from economically weaker sections in the neighbourhood.

“The Act is constitutional and valid," ruled the court. “The Act will not apply to unaided minority schools." 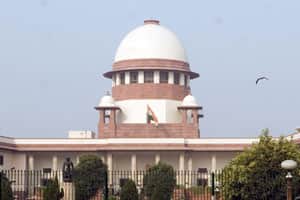 This included unaided minority institutions, which the court removed from the ambit of the law. The Act is operational in at least 19 states.

The economics of this works out to the government spending Rs500-1,500 a child per month in a state-run school. Education in private schools is pricier, with some charging as much as Rs12,000 a month.

The government will reimburse private schools for admitting poor students but only to the extent of the expenditure it will incur if those students were to be schooled in a state-run set-up.

The judgement became operational Thursday and will apply for the upcoming 2012-13 academic year. However, the court said admissions already completed will not be disturbed.

“The Act talks about social integration and inclusiveness by reserving 25% seats for the underprivileged. The judgement is a clarification on social inclusiveness," said Vinod Raina, an educationist engaged in efforts aimed at improving the state of elementary education in India.

Madrasas, vedic pathshalas and other institutions that provide only religious teaching will not be covered by the RTE Act, said Kiran Bhatty, national RTE commissioner at the National Commission for Protection of Child Rights, the official monitor of the Act.

“The argument of the private schools did not have merit. This ruling vindicates the stand of all those who were working for child-centric education," Bhatty said. “The Act was never stayed but private schools used to violate the law in the name that the case was in the court. It’s now clarified and, in fact, gives a double dose against any such theories."

For boarding schools and orphanages, the court said the judgement will be applicable only for day scholars and not for students-in-residence. The court has urged the government to prescribe this through guidelines.

Schools had expressed apprehension at their autonomy being taken away through the law. Several schools had filed petitions through top constitutional lawyers in the Supreme Court arguing that they couldn’t remain “centres of excellence" if the government interfered in their functioning.

Union human resource development minister Kapil Sibal said the law is “child-centric" and that “the Supreme Court has given some clarity to this".

Sibal added: “Ultimately, it’s a legislation that has a long-term impact on education in our country. Once such legislations are imposed they bring about changes that are far-reaching. They are tested in court of law for constitutionality. Supreme Court has made it clear today (Thursday) that the road should be child-centric. It’s now the duty of the schools to implement the court order."

The minister said the government will pay for the 25% of the students to be schooled in private institutions under reservation. “If you want an inclusive society, society has to take the burden of this," he said.

Private schools believe the money the government will pay them will be meagre, and that the cost of educating the poor students will effectively be subsidized by the majority.

“There are three issues—one, it will create rich-poor more visible; the 75% will subsidize the education cost of the rest (and) thus shoulder the financial burden; and third, the bureaucratic hassle will increase," said Prashant Bhalla, senior vice-president of Manav Rachna International School, a group that runs a chain of high-end private schools in the National Capital Region of Delhi. “If one student is coming in a luxury car and another in a rickshaw it is bound to have a social impact."

Sujit Bhattacharya, director of Indus World School in Delhi, said, “As a private school operator we see great merit in the role of RTE to create a more inclusive educational climate in our country. The government has to now play the role (of) being a true facilitator of this Act by creating transparent and robust norms of implementation, especially on reimbursement of costs to private schools. RTE must not become a tool in the hands of officials to harass private schools."

The Supreme Court delivered two judgements on Thursday—a majority and a minority view, which included an element of dissent. Chief Justice S.H. Kapadia and justice Swantanter Kumar pronounced the majority verdict, while justice K.S. Radhakrishnan delivered a dissenting judgement, holding the RTE Act unconstitutional on the point of applicability to unaided non-minority schools.

But both judgements upheld the intention and overall constitutionality of the law.

The court reasoned that administering primary education bears the nature of a charitable activity and a poor student cannot be denied admission to a local school on the grounds of financial difficulty.

The court used its own five-judge bench ruling in the T.M.A. Pai case (T.M.A. Pai Foundation v. State of Karnataka (2002) 8 SCC 481), which said that “if an educational institution goes beyond ‘charity’ into commercialization, it would not be entitled to protection of" the freedom to practise any trade or business under Article 19 (1)(g).

Elizabeth Roche contributed to this report.