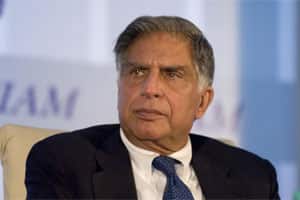 Calls to and from Niira Radia, former corporate lobbyist for Tata and Mukesh Ambani’s Reliance Industries Ltd, were tapped by the Income Tax Department in 2009 and published by Outlook and Open in November 2010. The conversations were with politicians, journalists, businessmen and her own aides on various issues including political appointments, public procurement, court cases and media manipulation.

Tata moved the apex court with a plea to restrain any further conversations from being published and to have the leak of the tapes investigated.

Extracts from Mehta’s memoir, published about a year after the Radia tapes were published, were placed before the court as a part of Tata’s affidavit. In his book, Mehta narrated the events leading up to the publication of the tapes, which include the petition by lawyer Prashant Bhushan that led to what came to be known as the 2G spectrum case.

The documentation filed by Bhushan included a CD that contained the conversations, Mehta wrote. The material had become “part of the Supreme Court records," he wrote.

Tata contended that it was a gross failure on the part of the government to protect his rights by leaking the tapes, although he maintained that the interception itself was valid.

“In such a situation, if the material retrieved from such extensive wire-tapping is not secure, it would be a serious infraction of the right of privacy of a citizen under Art. 21," said Tata’s affidavit.