New Delhi: To protect consumers from unscrupulous jewellers, the Comptroller and Auditor General (CAG) has advised the government to enforce compulsory hallmarking of gold jewellery.

Hallmarking of gold, which is voluntary at present, is a purity certification of the precious metal. The Bureau of Indian Standards (BIS), under the Consumer Affairs Ministry, is the administrative authority of hallmarking. 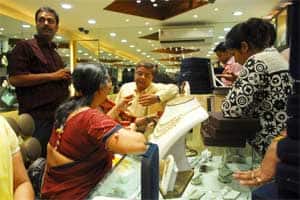 Consumers were exposed to the risk of buying impure gold jewellery due to inadequate coverage of Indian jewellers and goldsmiths under the BIS’s volunatary hallmarking scheme as the hallmarking was not made mandatory, it noted a report.

It also said BIS Act had not been amended to cover hallmarking under mandatory certification.

Noting that the reply of the BIS is not acceptable that the jurisdication to amend the Act for making gold hallmarking mandatory rested with the Consumer Affairs Ministry, it said, “Since it (BIS) is the national standard body of the country and is mandated to provide quality assurance to the consumers, whether the concerned standard is made mandatory or not."

In early January, the Cabinet had approved the BIS (Amendment) Bill that aims to expand the ambit of mandatory hallmarking to include more products, including gold. The Bill has not yet been introduced in Parliament.

In its audit report on the performance of BIS for the 2010-11 fiscal, the CAG criticised the autonomous body for lagging behind in achievement of targets fixed for grant of licences to jewellers under the voluntary hallmarking scheme.

The national auditor also criticised the BIS for not carrying out targeted number of surveillance visits in 2010-11 to check the purity of hallmarked gold. It could visit 412 jewellers, 48% down from the targeted 789.

At present, about 77 items, including cement, mineral water and milk products, are certified through mandatory hallmarking under the BIS Act for conformity with expected quality levels.