Thanks for Visiting Mint
You seem to have an Ad Blocker on. Please turn it off in order to continue, or whitelist Mint
HOW TO TURN OFF AD BLOCKER
OR
REFRESH IF YOU ALREADY TURNED OFF THE AD BLOCKER
Home >Politics >News >Assembly polls litmus test for Congress

New Delhi: Three southern states went to the polls on Wednesday, the first test for the ruling Congress party since it was hit by corruption scandals and high food prices last year.

Five states are, in all, electing new legislative assemblies in a staggered process that will end with the declaration of results on 13 May.

The states together account for a fifth of the 545-member lower house of parliament, and are therefore also an early test of the Congress’s popularity ahead of national elections in 2014.

Here are some facts about the states and the main players in the elections: Elections in Tamil Nadu will be closely watched as a gauge of the impact of corruption on voters as the DMK has been linked to a multi-billion telecom licence scandal. The fallout may give the AIADMK a slight edge in the polls, analysts say.

In a sign of the DMK’s concern, party patriarch Karunanidhi and heir Muthuvel Karunanidhi Stalin are not contesting the polls from their traditional constituencies in state capital Chennai, choosing rural districts where graft is less of a poll issue.

Both DMK and AIADMK have wooed voters with promises of free television sets, laptops for college students, goats and even gold if they came to power.

Both parties have pro-business policies, which have contributed to the growth of the state as a hub for automobile, electronics and software firms. Communists have been ruling West Bengal since 1977, making it the longest-running government in India, but the left parties have lost support among peasants, urban classes and Muslims largely as a result of an unpopular industrialization drive.

Trinamool is almost certain to win the polls and its leader, railway minister Mamata Banerjee, is spoken of as the next chief minister.

But several Congress leaders in the state are unhappy with the division of seats between the allies and many of them have rebelled against the pact. This could undercut some votes.

Through 2007 and 2008, peasants, many of them Muslims, violently protested the government’s plan to acquire several hundred acres of fertile land to set up factories. That included a car plant by Tata Motors, which had planned to roll out from there the Nano, touted as the world’s cheapest car.

The 56-year-old Banerjee’s role in the protests has led to fears she might be anti-industry, but she has denied the charge. Power in Kerala has alternated between Congress-and Communist-led coalitions every five years. If the state sticks to the historical pattern, the Congress will be elected to power. But many analysts say victory is not assured.

The Marxist hardliner Achuthanandan has won praise from voters for taking on corruption and organized crime across the state, but his party is riven by fueds between reformists and the hardliners who believe in strict interpretation of Marxist ideology.

Achuthanandan’s challenger from Congress, the 67-year-old Oommen Chandy, is seen as a business-friendly leader. 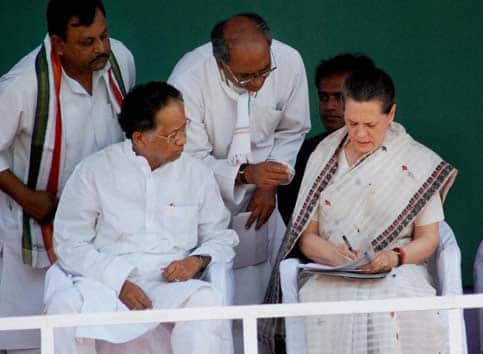 The Congress is expected to return to power in Assam, taking advantage of a fractured opposition. But analysts predict a slimmer majority for the party.

The party is credited with putting down a decades-long violent separatist movement in the state, which nominates Prime Minister Manmohan Singh to the upper house of parliament.