The shorter route to Kailash Mansarover

Nathu La passthe new route via Sikkim is shorter, safer and more comfortable than the older route via Lipulekh Pass

On June 18, a group of Indians, mostly pilgrims on their way to Kailash Mansarovar, crossed the India-China border at the Nathu La pass in Sikkim. The new route via Sikkim is in addition to the older route via Lipulekh Pass—the only route earlier that was badly damaged in the Uttarakhand floods in 2013. Both the routes are operational, though the new route via Nathu La is shorter, safer and more comfortable. The new route is along the Himalayan Nathu La Pass, approximately 4,000 metres above sea level. The shortest land pass for trade between China and India, Nathu La sits perched between Tibet’s Yadong county, and the Indian state of Sikkim. Located about 56km from Gangtok at an altitude of 14450 ft, the road to Nathu La passes through the beautiful Tsomgo lake and is one of the highest motorable roads. This also means that the new route will now enable pilgrims to travel the 1,500km-long journey from Nathu La to Kailash by buses.

The Old Route: Lipulekh in Uttarakhand 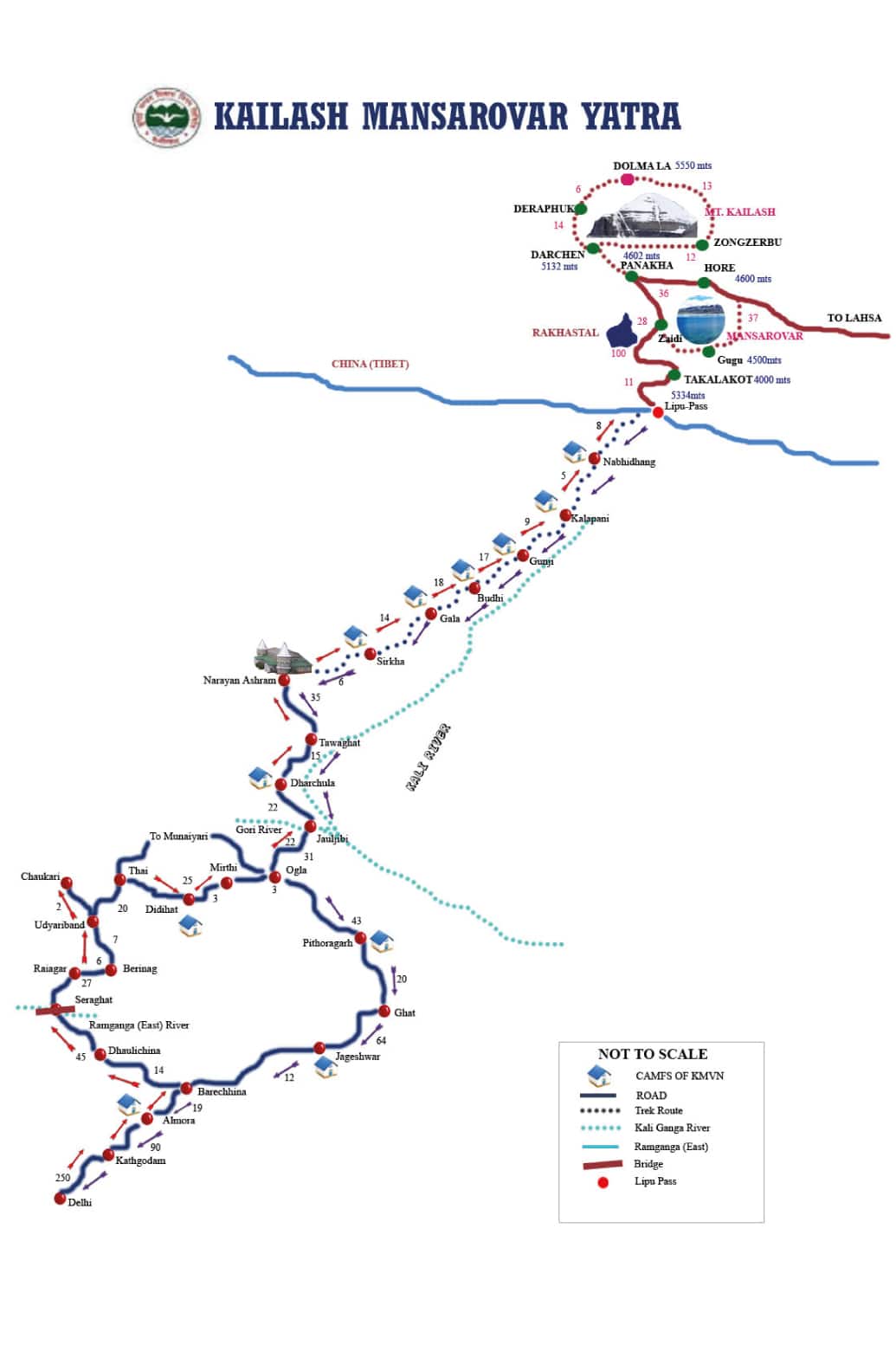 The earlier route, that is still in existence, is via the Lipulekh pass in Uttarakhand. Starting from Delhi, the pilgrims need to trek through rough terrains in Uttarakhand and Nepal, crossing over to Tibet on foot via Lipulekh, that is at an altitude of 17,500 ft, and then journey by bus and foot to Kailash. Geographically, Lipulekh is wedged between Nepal, India and China connecting the north-western Byash valley of Nepal and Uttarakhand state with the old trading town of Taklakot in Tibet. While the old yatra through Lipulekh takes 22 days, the journey from Nathu La will take only 19 days (from Delhi and back). Even the trekking distance has been reduced considerably. Travelling via Lipulekh involves a long and treacherous trek of about 200km, while traversing via Nathu La would mean trekking for only 35km.