Mumbai: India is the only country outside the US to have a Wikimedia Foundation office (in Bangalore). The American not-for-profit foundation runs Wikipedia, the world’s largest online encyclopedia that can be edited by just about anyone.

Since its creation in 2001, Wikipedia has attracted 400 million unique visitors monthly as of March 2011, according to Internet market research company comScore Inc. There are more than 82,000 active contributors to Wikipedia working on more than 19 million articles in more than 270 languages. 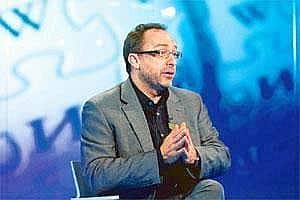 Domestic base: Wales says that with more than 20 major languages and a population coming online rapidly over the next 5-10 years, India is going to be huge for Wikipedia.(Simon Dawson/Bloomberg)

While Jimmy Wales, who was on a short visit to Mumbai on Friday to promote Wikipedia in the country, is considered to be the founder, experts consider the contribution of Lawrence Mark “Larry" Sanger, an American philosopher, significant enough to call him co-founder of Wikipedia. However, Wales, in an email interview, declined to be drawn into this issue. Sanger, who left Wikipedia in 2002, has since been critical of the project.

Wales shared his perspective about other criticism facing Wikipedia while spelling out his vision and growth plans worldwide and in India. This, even as he urged users to make small donations so that he can make the project sustainable.

What was the inspiration behind Wikipedia? Has it fulfilled its purpose, or is there more to come?

I have a dream to create and distribute a freely licensed encyclopedia for every person on the planet in their own language. While we have made significant progress towards that goal, there is still much exciting work ahead. In particular, we have a specific focus this year on energizing and growing the Indian language Wikipedia communities.

What, according to you, drives people to Wikipedia?

As readers, people come because Wikipedia works to give high-quality, neutral and concise information. It isn’t perfect, of course, but we try our best to make it as good as it can be. As authors, people are drawn to Wikipedia for two reasons: our charitable mission to give free knowledge to everyone is inspiring for many people, and second, it’s just fun to contribute to Wikipedia —you get to meet other smart people interested in the same things you are interested in.

Would you agree with critics who say that Wikipedia’s reports are not accurate? Critics say the articles need to be verified by experts, which defeats the purpose why Wikipedia was created?

Many of those critics need to do their homework. The best expert analyses that have been conducted show that the accuracy of Wikipedia rivals that of traditional encyclopedias in many cases. Of course, it isn’t perfect—we never pretend that it is. I have another answer to anyone who says that they could build something better: by all means, please do build it. I’d love to see it.

There are critics who also question the “politics of getting people to work for free", while others question the use of the term “encyclopedia" for a collection of unverified edits without taking “moral" responsibility for the veracity of the content.

These kinds of objections are simply nonsense. It is difficult to know where to begin. First, nobody “works" for free. People do things that they find to be of value to themselves and others if they are rewarding experiences. But if you think spending time writing something like Wikipedia is a form of work, then you’re perfectly free to do something else with your time. Go play a video game. You won’t learn as much, and you won’t have as much fun, and you won’t get paid for that either.

I don’t know of anyone serious who questions that Wikipedia is an encyclopedia and it is just absolutely false—a smear—to say that we don’t take “moral" responsibility for the veracity of the content. We feel a heavy and strong sense of moral responsibility to make Wikipedia as good as it possibly can be, and it’s just a baseless smear to say otherwise.

The response from India has always been eager and strong. India is blessed with a strong IT (information technology) sector, giving it an advantage over other places in a similar economic position. That is not to say there are no barriers in India—there are. There are technical hurdles associated with keyboard entry methods, for example.

Given that India is the only country other than the US to have a Wikimedia Foundation office, what is the kind of importance you attach to the country?

We consider India to be of the top level of importance. Over 20 major languages, with a population coming online rapidly over the next 5-10 years, we know that India is going to be really huge for Wikipedia.

Are you conducting any programmes to build and strengthen the community base in India? How successful have these been?

We are just getting started in terms of supporting and extending the great work that the community has done so far. Our local representatives are here to assist and support the local-chapter organization, and we’re planning lots of programmes of outreach to universities and cultural institutions, conferences to help train new editors, support for press relations, etc.

The Internet has changed dramatically since you founded Wikipedia. What’s the next step from here?

Our primary focus is on developing Wikipedia in all the languages of the developing world.

How do you propose to enhance the overall philosophy of “collaboration" on the Internet? What more should companies, governments do?

I don’t have any opinions about what other people should do.