Ford Foundation in India: Where the money goes

Between 2006 and 2014, the foundation has given 546 grants totalling $133.6 million to organizations in this region across practices

The Gujarat government has accused the US-based Ford Foundation of interference in India’s internal affairs and “abetting communal disharmony" in the country, according to media reports that cited its 10 March letter to the home ministry. The Gujarat government’s case is built on the use of two grants totalling $540,000 given by the foundation to organizations connected with Teesta Setalvad, a social activist who has been actively pursuing court cases for victims of the 2002 Gujarat riots. 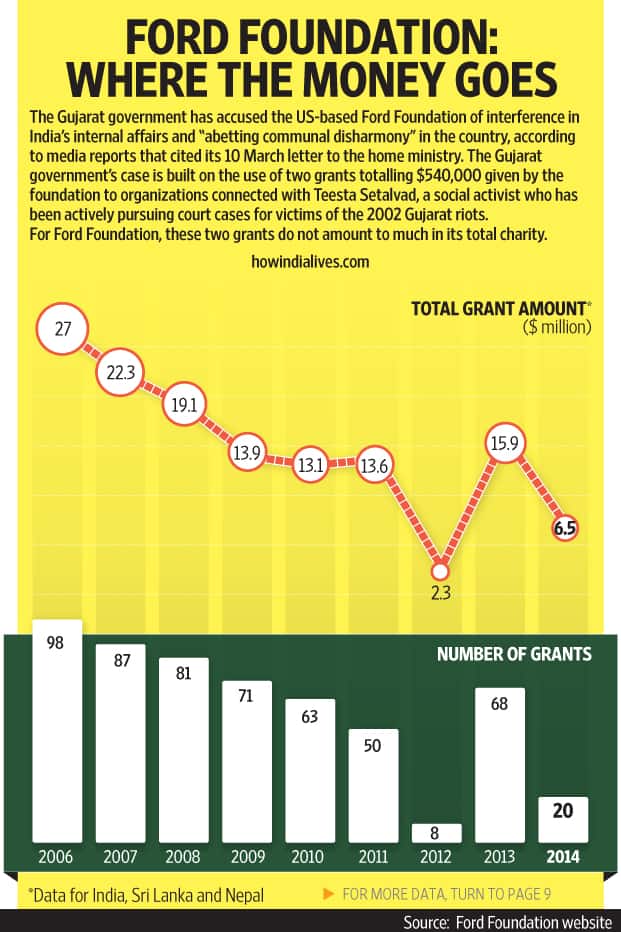 For Ford Foundation, these two grants do not amount to much in its total charity. In 2012, the latest for which its annual report is available, India, Nepal and Sri Lanka accounted for 3.4% of the grants given by it. Between 2006 and 2014, the foundation has given 546 grants totalling $133.6 million to organizations in this region across practices, a majority of which are in India and doing sterling work in their respective fields. howindialives.com is a Delhi-based start-up that is developing a search engine for public data to make it more accessible to decision-makers.