New Delhi: Advocate Harish Salve told a Supreme Court constitution bench, which is thinking of framing guidelines for the reporting of court cases, that it was within the court’s powers to define the extent of freedom of speech and expression when it came in conflict with the right to life. 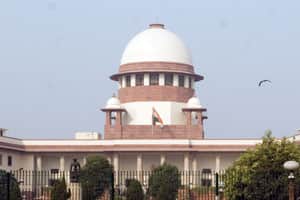 The court has been grappling with the question of whether it could make guidelines or rules for the press. The court even discussed the possibility of indirectly legislating, until Parliament decides to formally introduce a law. Several advocates, including Rajeev Dhavan, Anil Divan, Fali S. Nariman, Shanti Bhushan and Ram Jethmalani, said the court had no powers to do so.

Some had suggested the court would be upsetting the delicate balance between freedom of speech and the right to life.

Salve, however, told the court that this was not a mere academic exercise. He also referred to the privacy petition filed by Tata Sons chairman Ratan Tata on preventing any further publication of the Niira Radia tapes, that was pending before the court.

“I would respectfully submit that bringing clarity on a very vital area of the Constitution— Article 21 v. Article 19(1)(a)— could serve a great public interest," said Salve. “These are constitutional questions of moment. Media houses can’t decide whether Article 21 or Article 19 prevails. Neither can the Press Council. Article 21 is not merely a right against the state, but a right against society."

As regards the opposition to the court’s power to legislate on the matter, Salve said: “We will learn to fall in line with whatever this court lays down—that’s the majesty of this institution. This is affecting not merely reputations, this is affecting the rule of law."

While accepting that the media provided the “important link" of informing the public, Salve argued that the manner in which court cases are covered, had to be “limited".

“How do we limit it? Quotations of questions (from the bench) as if they were conclusive findings, misquoting of counsels’ submissions—it happened in the Vodafone case," he said, referring to a 10 August report, after which Salve had made a written complaint to the court. Outside court Salve said he was arguing this case based on that complaint and because “many other people" had asked him to do so.