New Delhi: Congress president Sonia Gandhi said on Wednesday that the party’s defeat in the Punjab and Goa state elections was disappointing, but took comfort from the increased vote share it garnered in Uttar Pradesh, where her son and party general secretary Rahul Gandhi led the campaign.

“In Uttar Pradesh, even though we did not perform as well as we had hoped to, we increased our vote share quite considerably and were seen as a serious player for the first time in 22 years," said Sonia Gandhi, who addressed the Congress parliamentary party for the first time after the February-March state elections.

“Of course there is much work to be done there as in other states," she told Congress members of Parliament. 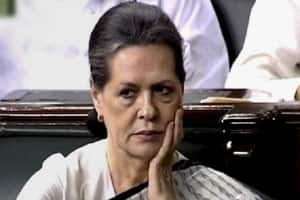 “We must not allow this to deflect us," she said. “We must speak forcibly with confidence on what we have achieved and there is much we have to show despite difficult economic times."

Sonia Gandhi expressed the central government’s commitment to strengthening federalism, but warned that the Centre cannot shirk responsibility when it comes issues of national importance.

She backed the home ministry’s stance on the formation of a National Counter Terrorism Centre, which is being resisted by some state chief ministers including West Bengal’s Mamata Banerjee, whose Trinamool Congress is a partner in the Congress-led United Progressive Alliance (UPA) coalition government at the Centre.

Sonia Gandhi said the Centre cannot shirk its responsibility on issues such as fighting terrorism or dealing with left-wing extremism.

The Congress chief took strong exception to increasing criticism against the UPA, saying it seemed to have become “almost fashionable these days" to criticise the government.

Sonia Gandhi also urged the UPA government to focus on making public expenditure more effective instead of being “just content with increases in outlay."

Stressing the need for completion of the Aadhar project that aims to provide a unique identity number to every resident of India, she said it has the “potential to offer a much better way to deliver pensions, scholarships, subsidies and MGNREGA wages directly to beneficiaries and eliminate inefficiencies, waste and corruption." MGNREGA is short for the Mahatma Gandhi National Rural Employment Guarantee Act, the government’s flagship jobs creation scheme.