New Delhi: The government has asked all the eastern and the north-eastern states that suffered total blackout last month due to the collapse of grids to adopt defence plans like their counterparts in the North. 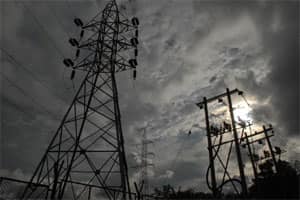 The ministry had already written to northern states.

All the northern states agreed, in a meeting with the power ministry officials, to have independent third party audit of the protection systems for power grids within three months and the process would be monitored by regional power committees.

The other proposals which were approved include improving power grid discipline which, in effect, would mean that states will not overdraw their quota of power from the grid.

The defence plans of states, in case of grid failures, should include islanding schemes, special protection and automatic demand management schemes.

The tripping of grids on 31 July happened less than 24 hours after the Northern Grid failed. The crisis, which brought essential services like Railways, Metro and Airport to a grinding halt, affected half of the country’s total 1.2 billion population.

India has five electricity grids — Northern, Eastern, North Eastern, Southern and Western. All of them are inter- connected, except the Southern grid.