Mumbai: The Maharashtra government plans to raise the maximum electricity duty charged on captive power plants by almost four times as well as introduce a levy on sales to third parties.

The maximum duty on captive plants, which are set up by companies for their own consumption, is 40 paise per unit under the Bombay Electricity Duty Act, 1958. The government proposes to increase this to Rs1.50 per unit. 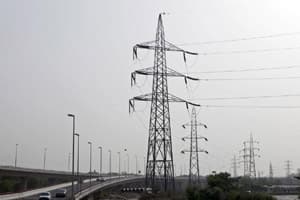 The state has a captive capacity of around 1,500 megawatts (MW). The move would affect companies such as Reliance Industries Ltd, JSW Steel Ltd, UltraTech Cement Ltd and ACC Ltd, among others.

“Proposals are still under consideration," said Vidyadhar Kanade, energy secretary, Maharashtra. “No final decision has been taken yet, but this has been brought to ensure that industry doesn’t use its captive power generation capacity on merchant basis." The proposal will also be applicable to renewable energy producers, including companies that have put wind power plants for captive consumption and cogeneration plants of sugar cooperatives.

“Earlier, when the state was power deficit, use of captive power was encouraged but now the situation is better. But if now the industry also continues to use captive power, the state distribution utility Mahavitaran Ltd will lose its high-paying consumers who cross-subsidize below poverty line (BPL) consumers, farmers and other weaker sections," said another senior energy department official on condition of anonymity.

Under a so-called open access regime, the Electricity Act, 2003, allows consumers whose daily consumption is 1MW or more to directly source power from generators or traders, bypassing the distribution utility.

The industry is not happy with the plans.

“How can someone be punished for using his own power when the government company is not able to meet its obligation of constant and reliable power supply for using his own resources to run his industry," said Pradeep Bhargava, deputy chairman of Confederation of Indian Industry’s (CII) western India chapter.

In fact, given the country’s power shortage, the industry is reducing the burden on the grid through captive units, he said.

“It seems the present exercise by Maharashtra government is an act to clean up the old Act, but while doing so it should be in tune with modern-day realities," said Kameswara Rao, executive director and leader of energy, utility and mining practice at consultancy firm PricewaterhouseCoopers Pvt. Ltd. “The present draft seems to include renewable power generation also and it will be detrimental to growth of renewable (energy) in Maharashtra."