New Delhi: The government on Wednesday unveiled plans to set up a grievance redressal mechanism to tackle graft in the lower ranks of administration, a move that comes against the backdrop of Team Anna’s anti-corruption campaign.

“The Citizen’s Right to Grievance Redress Bill, 2011 will be introduced in the Winter session of Parliament," said minister of state for personnel V. Narayanasamy. The Bill seeks to cover all the schemes and departments of the Central government and provide a platform to state governments to implement a similar mechanism for their schemes, he said. 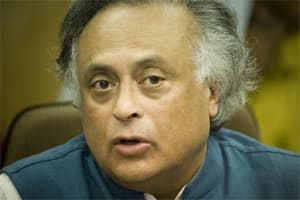 A file photo of Jairam Ramesh

It also seeks to impose a penalty on the grievance redressal officer if any complaint is not addressed in a stipulated time frame. The law will set up a mechanism similar to the Right to Information Act, and seek to have a “citizens’ charter" to deal with public grievances, rural development minister Jairam Ramesh said.

Ramesh had been coordinating with the Department of Personnel and Training in finalising the draft Bill.Under the proposed law, every public authority will have to designate a Grievance Redress Officer (GRO) right from the block level up to the central government.

The GRO will receive and act on grievances from the public on services that they are entitled to under any law or government policy, Narayanasamy said.