New Delhi: In 2012, a public interest litigation was filed by former high court judge K. Puttaswamy seeking to restrain the centre, the erstwhile Planning Commission and the Unique Identification Authority of India from issuing identity numbers.

In spite of a legal battle that has had wide implications for various welfare schemes, over 916.8 million Indians have been issued Aadhaar numbers since its introduction in September 2009. The court has allowed fresh enrolment in Aadhaar, while restricting its use. 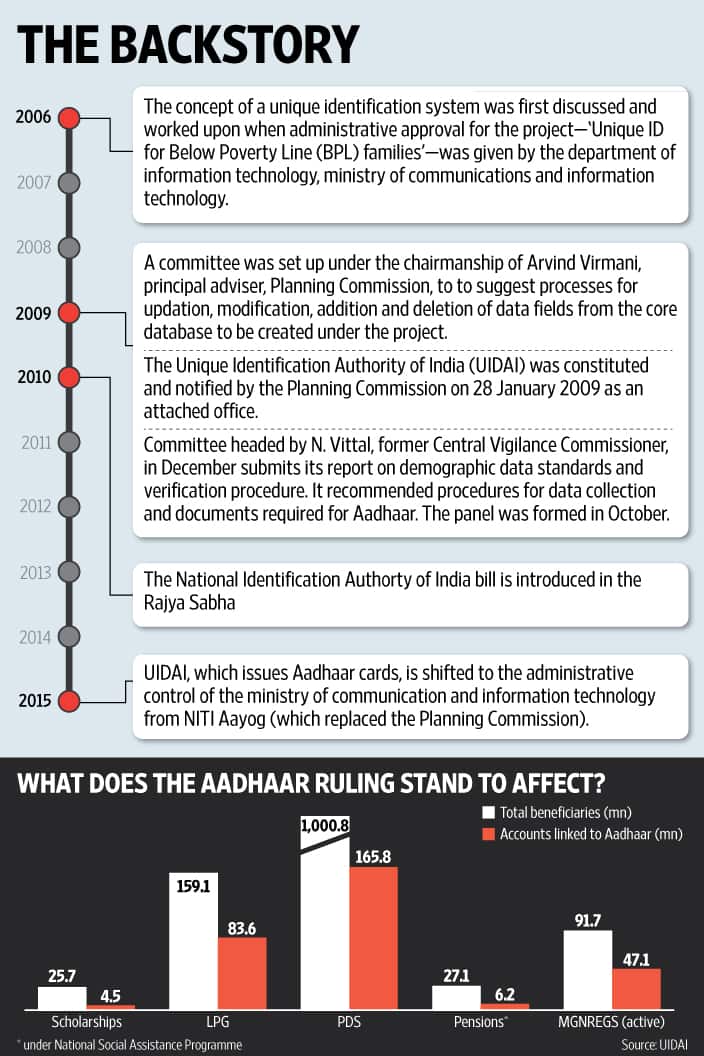 A constitution bench of the apex court will on Wednesday begin to hear the government’s plea seeking clarification and modification of the interim order restricting the use of Aadhaar only to identify beneficiaries availing of the public distribution system and kerosene and cooking gas subsidies. Two separate references have been made to the constitution bench—one seeking modification and clarification of the 11 August interim order, and another on potential violation of privacy.

Regulatory agencies such as the Reserve Bank of India, Securities and Exchange Board of India and Telecom Regulatory Authority of India and at least six state governments have moved the court supporting the centre’s defence of Aadhaar. They have asked the court to allow the use of Aadhaar as proof of identity for all welfare schemes.