Granular volume data, on a selective basis, was available for the six-month period from April to October 2015, during which Indian exports declined 12.3% in value terms over the 2014 corresponding period. Of the 76 commodities for which volume data was available and which accounted for 44% of Indian exports during this period, nearly half registered a drop in quantity sold in 2015.

Those in decline include both small contributors... 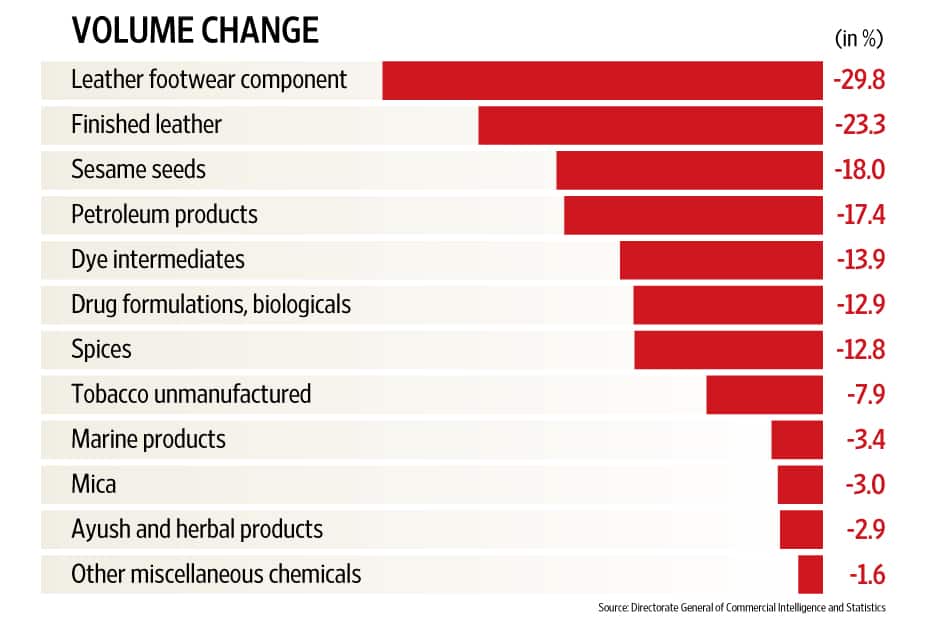 Of the top 25 commodities by volume in our list of 76, as many as 12 registered a drop in quantity sold. Their value share was 22%. These cover both industries dominated by large companies (like petroleum) and those populated by medium and small enterprises (like leather, ayush products and milled produce).

...and big contributors to the Indian export basket