The finance minister on Wednesday said the use of Aadhaar for DBT has helped the govt save a total of 90,000 crore till now by targeting beneficiaries and plugging leakages

New Delhi: The Supreme Court’s judgement validating the use of Aadhaar for direct benefit transfer (DBT) schemes may give a leg-up to the government to launch new schemes such as DBT for farmers and universal basic income (UBI) as and when they are ready. The government runs 465 DBT applicable schemes including Pahal for cooking gas subsidies, public distribution system, Mahatma Gandhi National Rural Employment Guarantee Scheme and a number of scholarships. 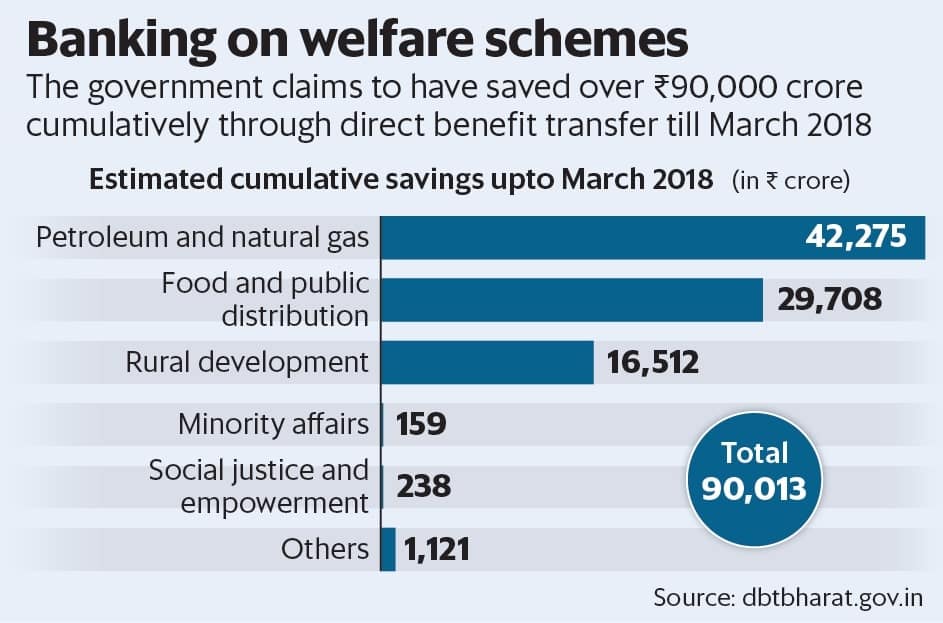 Finance minister Arun Jaitley on Wednesday said use of Aadhaar for DBT has helped the government save a total of ₹ 90,000 crore till now by targeting beneficiaries and plugging leakages.

“The Supreme Court judgement is a great step forward for use of technology in governance. Aadhaar is already being used in several areas, several state governments have used it. I am sure it will continue to be of great benefit to the society," Jaitley said while briefing reporters after the cabinet meeting. The Economic Survey 2016-17 advocated using DBT to compensate farmers instead of the current mechanism of minimum support price.

“To make farming remunerative, the delivery of inputs should be made cost-effective through direct benefit transfer mode. Further, there are issues of procurement of perishables such as onions, potatoes and tomatoes for which timely disposal is necessary, and may be difficult for an agency to efficiently perform. After debating the same, support in the form of MSP (minimum support price) for crops other than rice and wheat needs to be shifted to DBT format," it added.