Thanks for Visiting Mint
You seem to have an Ad Blocker on. Please turn it off in order to continue, or whitelist Mint
HOW TO TURN OFF AD BLOCKER
OR
REFRESH IF YOU ALREADY TURNED OFF THE AD BLOCKER
Home >Politics >KN Raj shaped India&#8217;s economic planning process

Thiruvananthapuram/New delhi: Economist K.N. Raj, who made a significant contribution to the preparation of India’s First Plan (1951-56) and set the nation on the path of a planned economy, died in Thiruvananthapuram on Wednesday, his family members said. He was 86 years old. 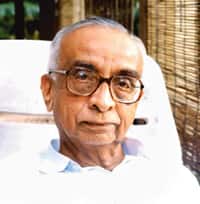 An alumnus of the London School of Economics, Raj served as economic adviser to prime ministers from Jawaharlal Nehru to P.V. Narasimha Rao. He contributed to the preparation of the First Plan when he was just 26 years old as an expert member in the Planning Commission.

“Raj was an outstanding economist," said C. Rangarajan, chairman of the Prime Minister’s economic advisory council and former governor of the Reserve Bank of India (RBI). “His contribution in the area of developmental economics will always be remembered. He started with monetary economics and later on got interested in every aspect of economics. The country has lost one of its foremost economists in recent times."

A distinguished academician, Raj also headed the economics department of Delhi University and later served as its vice-chancellor from October 1969 to December 1970.

Raj was one of those instrumental in setting up the prestigious Delhi School of Economics and taught there around the same time as Prime Minister Manmohan Singh and Nobel Prize-winning economist Amartya Sen.

In a condolence message, Singh described Raj as a “very close friend and a great economist" and voiced “great sorrow and a profound sense of personal loss" at his passing.

“He contributed to the reputation that the Delhi School of Economics enjoys today," said Suresh Tendulkar, a former chairman of the Prime Minister’s economic advisory council and the National Statistical Commission. “In the 1960s, he was instrumental in bringing in economists like Sukhamoy Chakravarty, Amartya Sen and Jagdish Bhagwati to the Delhi School of Economics. His demise is a personal loss to people like me who personally knew him."

In the 1970s, Raj returned to his home state Kerala and founded the Centre for Development Studies, an institution for applied economics and social science research whose early work gave shape to what later came to be known as the Kerala model of development, marked by high social sector spending that led to human development indices envied by other states.

The author of several works, Raj delivered lectures in leading universities in India and abroad. He was awarded the Padma Vibhushan in 2000.

Raj was looked up to as “an institution builder" by younger generations of economists, said Mint columnist Himanshu, a professor at the Jawaharlal Nehru University, who didn’t know Raj personally.

Former RBI governor Bimal Jalan, who worked with Raj, described his death as a “great loss for the country and all the institutions he built".

“The most striking thing about him, apart from the institutions building, was his tremendous sense of humour," Jalan said. “It’s hard to believe how modest, kind and friendly he was. He must have nurtured so many of today’s economists."