How many significant candidates usually face off against each other in a particular constituency?

For our analysis, we define a significant candidate as one who has polled at least 1/6th of the total polled votes in his or her constituency. While there is no real statistical science to why we have chosen this number (the analysis would have been just as valid if we had chosen 1/5th or 1/7th), the election commission draws the line for retaining deposits at 1/6th of the vote. 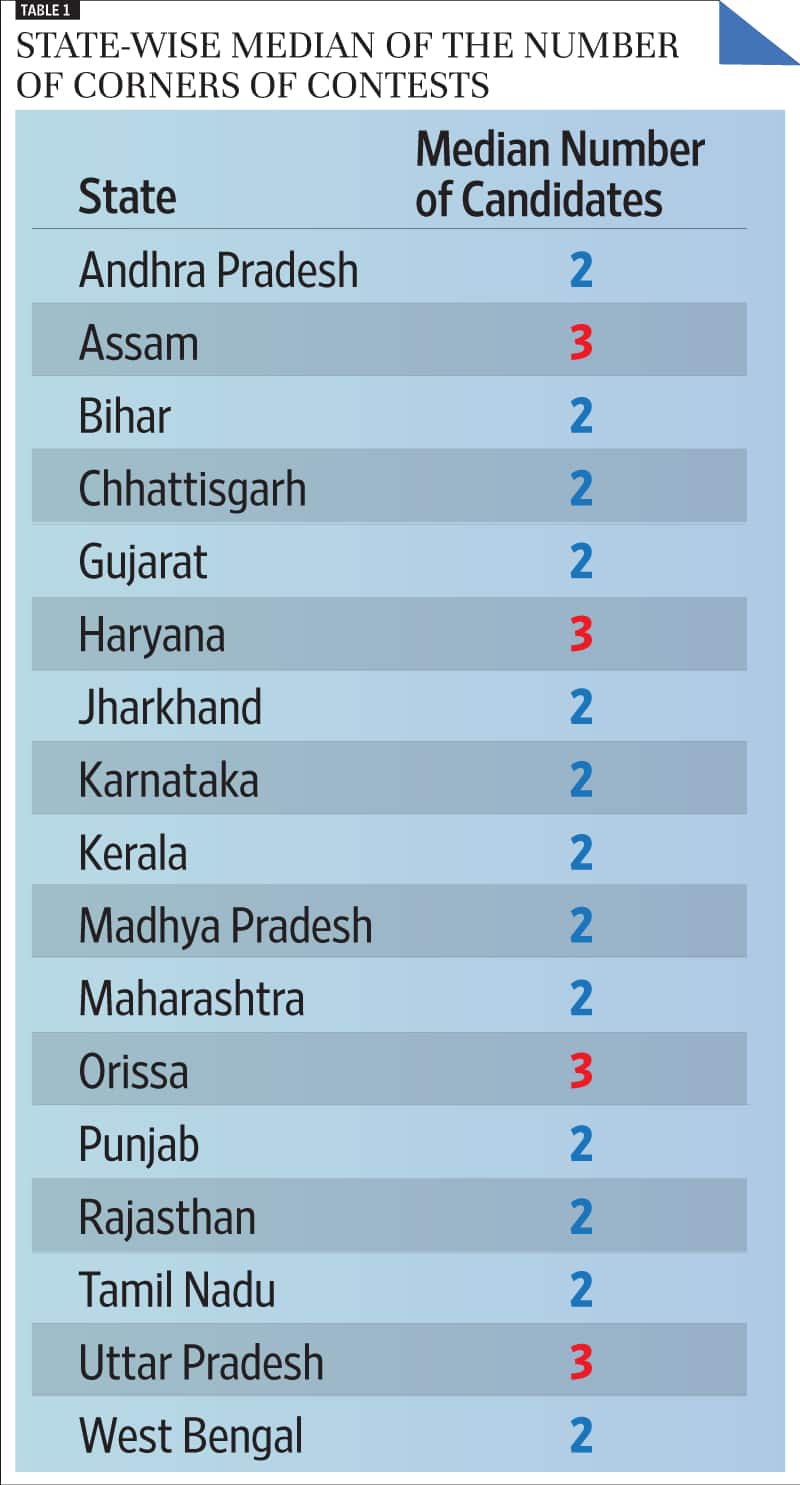 Table 1 gives the state-wise median of the number of corners of contests. Notice that in most states, the median number of significant candidates per constituency is two. This tells us that a significant number of constituencies saw essentially bipolar contests back in 2009. The only large state which saw a multi-cornered contest was Uttar Pradesh. 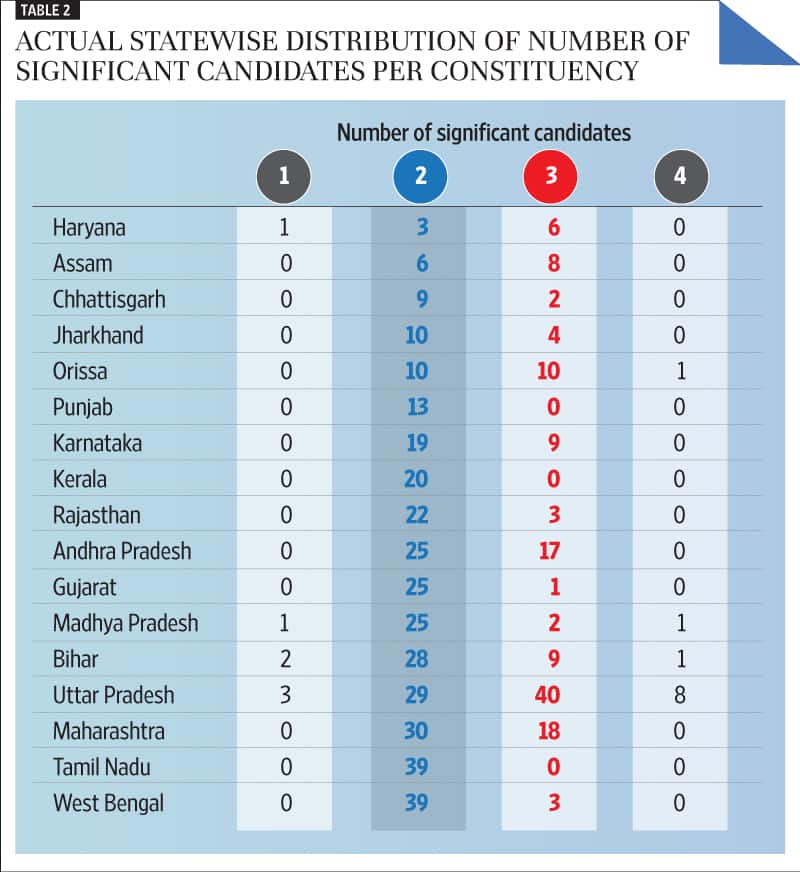 We now see that even in Uttar Pradesh, 29 constituencies effectively saw a bipolar contest, while in three others all candidates except the winner lost their deposits (Amethi, Rae Bareli and Pilibhit—all represented by members of the Nehru-Gandhi family). While the state is seen as a four-cornered battle, only in eight constituencies were all four candidates significant.

Table 2 also shows us that states such as Punjab, West Bengal, Kerala and Tamil Nadu are overwhelmingly bipolar. Interestingly, in Karnataka, which is known to have a three-cornered polity, over two-thirds of the seat saw only a bipolar contest. In Maharashtra, too, where Raj Thackeray’s Maharashtra Navnirman Sena was suspected to have spoiled the chances of the Bharatiya Janata Party-Shiv Sena alliance, a third candidate was significant in only 18 out of 48 seats. 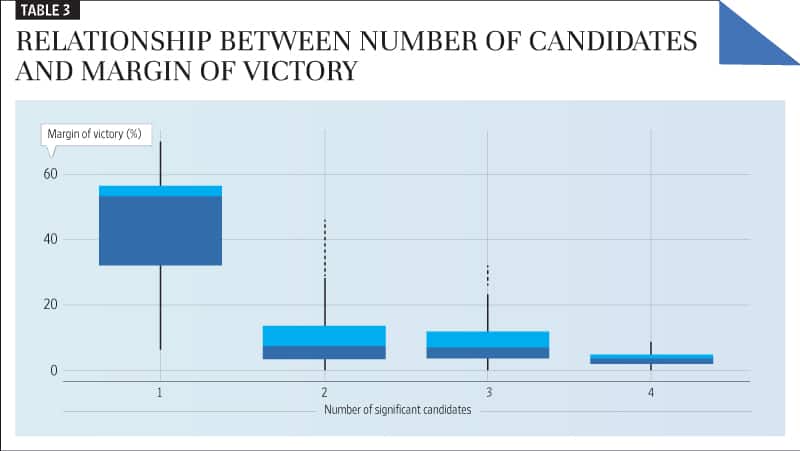 Table 3 shows this relationship. The middle line of the box plot shows the median, while the top and bottom lines of the box show the 75th and 25th percentile values. Dots show the outliers.

It is clear from this plot that as the number of significant candidates increases, the margin of victory drops.

It can also be seen that the overall distribution of the margin of victory is identical when the number of significant candidates is two or three.

The exceptionally high value for the margin when only one candidate is significant can be explained by the fact that if most candidates lose their deposits, the winner is likely to have a really large vote share.

From now until the end of the 2014 general election, Mint will carry, at frequent intervals, data-driven articles on elections and electorates.