SC says it will frame guidelines for media

SC says it will frame guidelines for media

New Delhi: The Supreme Court on Wednesday said it will frame guidelines for the media on reporting judicial proceedings, especially in criminal cases.

“We will recommend to the government to frame a law, but pending that we will lay down some parameters," Chief Justice S.H. Kapadia said during a hearing on press freedom and individual rights.

The court is contemplating introducing curbs on the media to ensure that the rights of an accused person are not compromised in a “media trial" even before a judge has a chance to weigh in on the evidence. To be sure, the court’s observation on Wednesday does not mean it will definitely frame guidelines as was observed. The question of whether these guidelines would be enforceable was also debated. 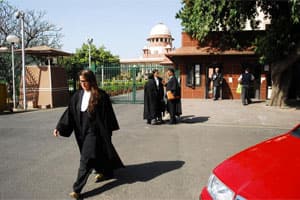 The court adopted senior lawyer Soli J. Sorabjee’s submissions that the media should not be allowed to report a case until a judge takes note of it because it would otherwise needlessly “prejudice the accused".

Jurist Fali S. Nariman told the court that these were not viable solutions since it would essentially amount to banning reporting of criminal trials.

When this resistance to postponement surfaced from some lawyers, Kapadia asked: “Is it your contention that postponement of publication or delay in reporting is a ban?"

“Yes, this would amount to a ban. News is a perishable commodity," said advocate Anup Bhambhani, who appeared for the News Broadcasters Association, a self regulatory body of 46 television channels. Bhambhani explained that timely reportage of facts was necessary for the media to stay relevant to the public. He said if there was to be a “postponement" then it must necessarily be only in cases of “in-camera proceedings".

In-camera proceedings are conducted privately by judges and the media is not allowed to report such proceedings. However, a court must normally give significant reasons to take proceedings in-camera.

Senior counsel Siddharth Luthra told the court that the “independence of news" was being lost, and news outlets were serving up more views instead of news, especially in criminal cases. Kapadia responded: “The ground reality is if they publish only news nobody will read their newspaper."

However, unlike on Tuesday, when the bench was told by senior lawyers that it did not have the power to make law to regulate the press, the court appeared more understanding of the role played by the media on Wednesday. “But it cuts both ways. Many times, when an investigation is going slowly, is it not because of the media’s proactive role that things are happening?" asked Kapadia.

On Thursday, journalists will get a chance to voice their concerns for the first time in the hearing, through senior counsel Rajeev Dhavan. Dhavan, who on Wednesday had just begun his arguments as the court arose for the day, is representing the Editors Guild of India, the Forum for Media Professionals and other journalists. Dhavan outlined his arguments, saying that reputations of accused persons could be resolved through contempt and defamation, and that India has adopted an “open justice" system through which the public scrutinises the conduct of judges as well.