For the first time since the state's formation in 2000, Jharkhand voters have delivered a clear mandate

For the first time since the formation of the state in 2000, Jharkhand voters have delivered a clear mandate by handing a majority to the Bharatiya Janata Party (BJP) and its partner, the All Jharkhand Students Union (AJSU).

The BJP won 27 and the AJSU five seats in the 81-member assembly, taking their combined tally above the halfway mark. Although it was a distant second, the JMM managed to increase its vote share and improved its seat tally by one seat.. 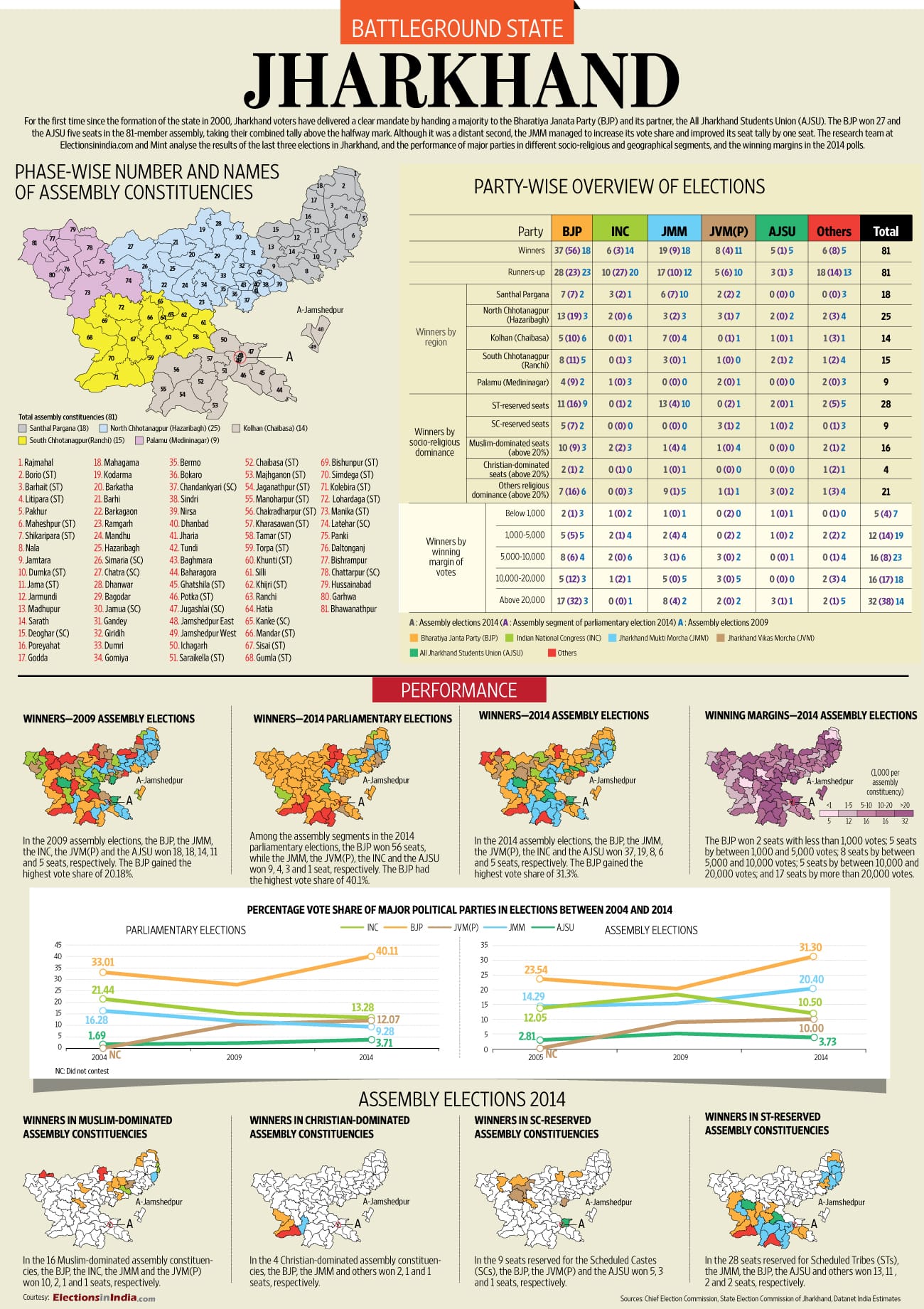 The research team at Electionsinindia.com and Mint analyse the results of the last three elections in Jharkhand, and the performance of major parties in different socio-religious and geographical segments, and the winning margins in the 2014 polls.