Banks may be asked to incorporate local units in Singapore

Banks may be asked to incorporate local units in Singapore

Singapore: HSBC Holdings Plc. and Australia and New Zealand Banking Group Ltd, among foreign lenders allowed to take retail deposits in Singapore, may have to incorporate a local subsidiary.

BNP Paribas SA, ICICI Bank Ltd, Malayan Banking Bhd and State Bank of India, the other financial institutions with so- called qualifying full bank (QFB) privileges, may also have to set up locally incorporated units in the city-state depending on several measures including their share of domestic deposits, the Monetary Authority of Singapore (MAS) said in a statement today. 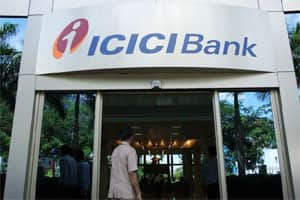 For QFBs with a significant share of domestic retail deposits, local incorporation is an additional safeguard for domestic retail depositors, MAS said in the statement on Thursday. It can also demonstrate the bank’s commitment to depositors and other stakeholders, the central bank said. Among other foreign lenders with QFB privileges, Citigroup Inc. has been locally incorporated since 2004 and Standard Chartered Plc. announced on 29 February that it will locally incorporate its consumer and small and medium enterprises banking activities in Singapore.

As a next step, if MAS deems local units in Singapore to be significantly rooted, the central bank may give the lender the option to open 25 additional places of business, 10 of which can be branches, according to the statement. To determine if a QFB is significantly rooted the MAS will consider a range of attributes including whether the city-state contributes a substantial portion of the bank’s profit, or a majority of its local subsidiary’s board members are Singapore citizens and permanent residents. Under existing rules, a QFB can have 25 retail outlets including branches and automated teller machines.

“MAS will continue to liberalize the domestic banking sector in a progressive and calibrated manner," deputy prime minister Tharman Shanmugaratnam said. “We will allow greater foreign bank participation in Singapore’s domestic financial system in a way that strengthens financial stability and that encourages foreign banks to deepen their roots here."