New Delhi: The government may wait for the Parthasarathi Shome committee’s recommendations before taking a decision on renewing the tax demand in the Vodafone case.

Finance minister P. Chidambaram indicated this on Monday when he said the assessing officer looking into the Vodafone tax case will not act “rashly" and will take into account all relevant facts while deciding whether to send a notice.

“There is the section under the act. There is the Supreme Court judgement. There is the opinion of the attorney general. All this has to be studied by the assessing officer and his supervising officer. They will not act rashly," he said in New Delhi. “Meanwhile, we will get the Shome committee report also. Let us see what he has to say after comparing these provisions with other jurisdictions." 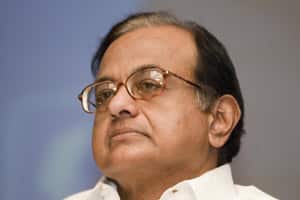 The government, in this year’s budget, introduced retrospective amendments giving the tax department powers to tax the indirect transfer of shares when the underlying assets are located in India. The budget also put in place a validation clause that sought to override court rulings.

This was to counter the apex court judgement in January in favour of Vodafone. It said the tax department did not have the right to tax the $11.08 billion (around ₹ 60,940 crore today) Vodafone-Hutchison deal.

The tax department estimated the phone company’s tax liability at more than ₹ 11,000 crore. Vodafone and the Indian tax authorities went to court to resolve the issue.

“The government clearly needs to tread cautiously with these controversial retrospective amendments, which have evoked opposition from investors and is already facing constitutional challenge by two parties in the the Calcutta and the Bombay high courts," said Sunil Jain, tax partner at J. Sagar Associates, a law firm.

On the government’s response to the recommendations made by the Shome committee on GAAR in its first draft presented on Saturday, the finance minister said, “Once the report is finalized, we would then take a call if it requries urgent amendments to law or it can wait until the budget."

Chidambaram, while addressing the media after his meeting with the chief commissioners of income tax, said the tax department will focus on low tax paying sectors to boost collections while reiterating that the tax regime will be non-adversarial.

The income tax department has been finding it difficult to meet direct tax targets as the slowdown in the economy has affected corporate tax earnings. The direct tax collection target for this fiscal is ₹ 5.7 trillion.

He didn’t say which sectors were low tax paying.

Chidambaram expressed hope that direct tax collections, which are growing at around 10%, will pick up in the second half of the fiscal.

“The asking rate for meeting the direct tax collection target is 15%," he said. “The second half of the fiscal is the busy season. We should be able to increase the pace of collections and reach the target."