Purse strings tighten as people save up for difficult times ahead

Purse strings tighten as people save up for difficult times ahead

Bangalore: Sonia Sharma never imagined she would go cold on ice cream. Yet, that’s what the 26-year old Bangalore-based finance company executive, who used to consume 2 litres of Baskin-Robbins ice cream a week, has done.

Blame it on the slowdown. “I’m thinking twice before spending every penny. I want to save for a rainy day," says Sharma.

Sharma isn’t alone. As companies cut salaries and jobs, and the slowdown becomes a certainty from a mere possibility, people are tightening the purse strings. Delhi-based economics research firm Indicus Analytics Pvt. Ltd says so-called discretionary spending will grow at 4.5% this fiscal compared with 15-16% a year for the past four years. 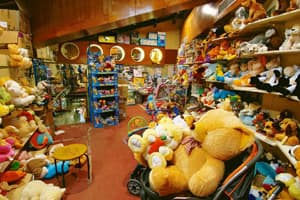 “This is going to be one of the slowest, if not the slowest year of the decade (in terms of discretionary spending)," says Amit Sinha, president, Indicus. Its finding, released in October, is based on a survey of households across income categories and across India.

Since October, estimates on the rate at which the global and Indian economies will grow this year and next have been significantly downscaled —which means that discretionary spending could slow more than Indicus’ estimates, maybe even contract.

In India, Indicus says discretionary spending has been growing faster than so-called consumption expenditure which involves spending on products and services people cannot do without such as food at home, apparel, housing, education and health care and which has been growing at 9-10% a year for five years.

The number itself is significant enough to make or break several hundreds of companies. According to Indicus, discretionary spending for the year ending March will be Rs1.24 trillion, against Rs1.08 trillion for the year ended March 2007 (the company conducts its survey every two years). In comparison, consumption expenditure is expected to touch Rs26.8 trillion in fiscal 2009.

“We have seen sales of music, movies, toys and gifts dropping in the last three months," says Himanshu Chakrawarti, chief operating officer, Landmark, a retail chain with 11 stores across India and part of Trent Ltd, a Tata group company. “We were growing 20-25% year-on-year (in the category of music, movies, toys and gifts). However, with sales down, we expect to grow by a single ‘mid’ digit this year (in this segment)."

He says sales have fallen sharply in cities such as Bangalore, Gurgaon and Pune —all hubs for the information technology and back-office services business.

Indicus’ Sinha says the fall in discretionary spending will be sharp in cities that benefited from the boom of the past three years when the economy expanded by at least 9% a year. “Consumer confidence has declined most significantly in these cities," he adds.

And when that happens, consumers such as Sonia Sharma go off ice cream.

Baskin-Robbins India, which has 340 stores countrywide, says it will grow 25-30% this year, down from 40% last year. “Footfalls (the number of visitors) at malls have come down to 30-40%, which has affected our business," says chief executive Pankaj Chaturvedi.

At Infiniti Retail Ltd, a Tata group that runs a chain of electronics stores under the Croma brand name, says the number of people coming to Croma outlets in malls is down 10%, but “this is not something that worries me, as long as customers buy," says Ajit Joshi, chief executive and managing director, adding that his company’s business has not suffered.