In May 2014, when the Bharatiya Janata Party (BJP) returned to power at the centre after a decade, one of the hurdles it faced in passing legislation and controlling the political narrative was its minority presence in the Rajya Sabha.

It has made steady gains since, on the back of going from ruling nine states to 20 now, either by itself or through a partner party. From 27% of seats, it now holds 36%, following the latest round of Rajya Sabha elections. 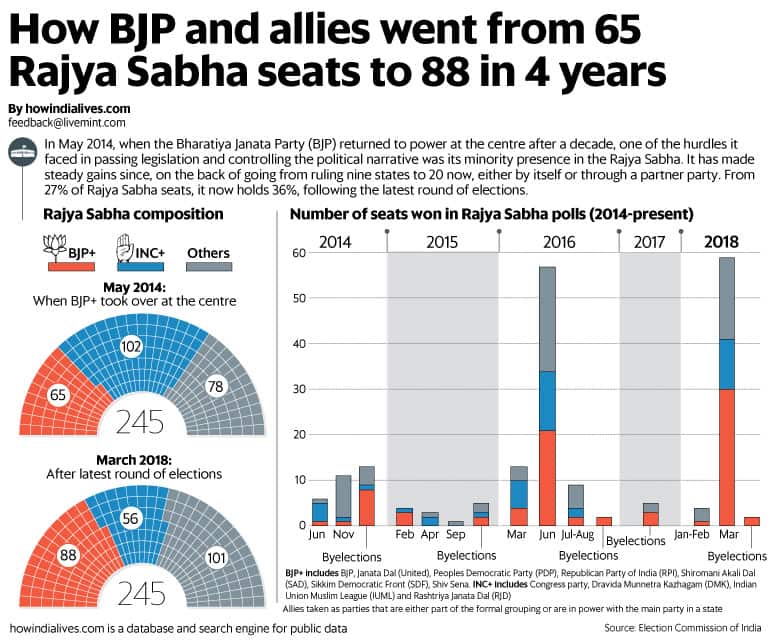