Mumbai: India has signed a so-called inter-governmental agreement with France to buy 36 Rafale fighter jets while the two countries are working out financial details for the same.

Prime Minister Narendra Modi said India is pleased with the agreement for purchasing Rafale aircraft. He said the “financial aspects will be sorted out soon".

“We are very happy that we have formed an agreement for purchase of 36 Rafale aircraft with France," Modi said at a joint address with French President Francois Hollande after 13 agreements including the Rafale pact were signed. 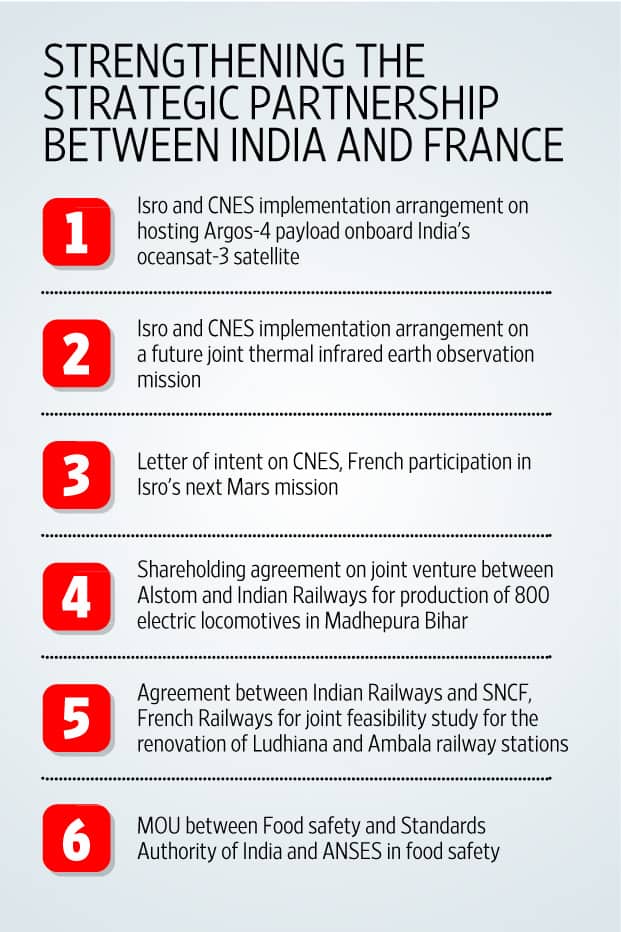 This inter-governmental agreement follows the government-to-government deal struck by Modi to buy 36 Rafale fighter jets from Dassault Aviation SA during his visit to France in April.

Modi’s move cut short the lengthy arms procurement process that was stuck in talks with Dassault Aviation since 2012.

“The deal appears to be inching forward for sure. The progress appears to have been made. However, outcome is still awaited. The delay in outcome is causing confusion in industrial participation programmes that need to be effected on the ground," said Rahul Gangal, a partner at consulting firm Roland Berger Strategy Consultants.

The original plan was to buy 18 jets off the shelf and make the remaining 108 in India by state-run Hindustan Aeronautics Ltd (HAL) under a technology transfer deal. But the talks did not make headway over issues of pricing and also Dassault's reluctance to stand guarantee for the jets built by HAL. Initially, the deal value was about $10 billion, but it rose to more than $20 billion by 2015, according to a PTI report.