The Meeker Report shows that the global Internet user base grew only 9% in 2015, reaching 3 billion or 42% of the world's population 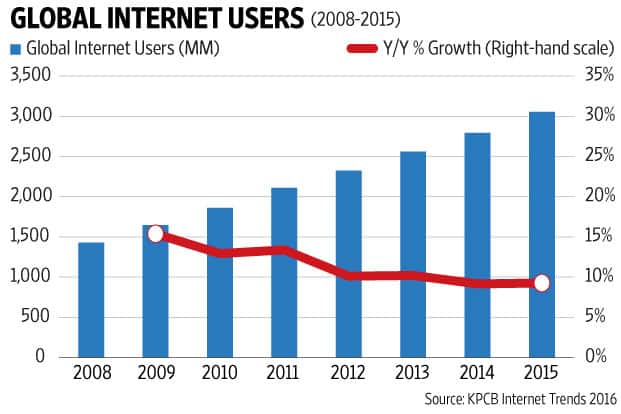 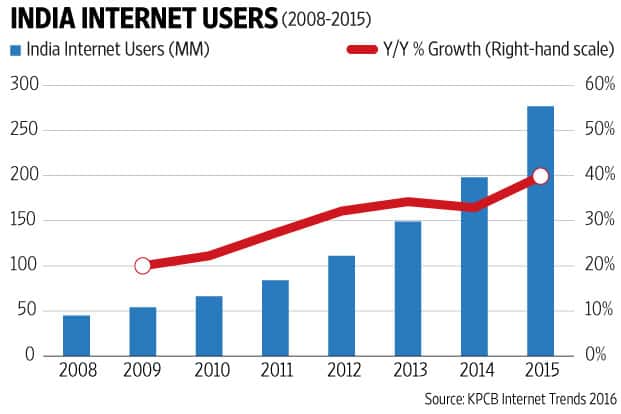 This was one of the key takeaways from Mary Meeker’s 2016 Internet Trends report, delivered at Recode’s conference in California yesterday. Meeker, a former Morgan Stanley internet analyst who is now partner at venture-capital fund Kleiner Perkins Caufield Byers is a legendary figure from the early days of the first dotcom boom in the US. She has been studying the hi-tech and internet economy for close to two decades.

The Meeker Report shows that the global Internet user base grew only 9% in 2015, reaching 3 billion or 42% of the world’s population.

Here are key findings from the report: 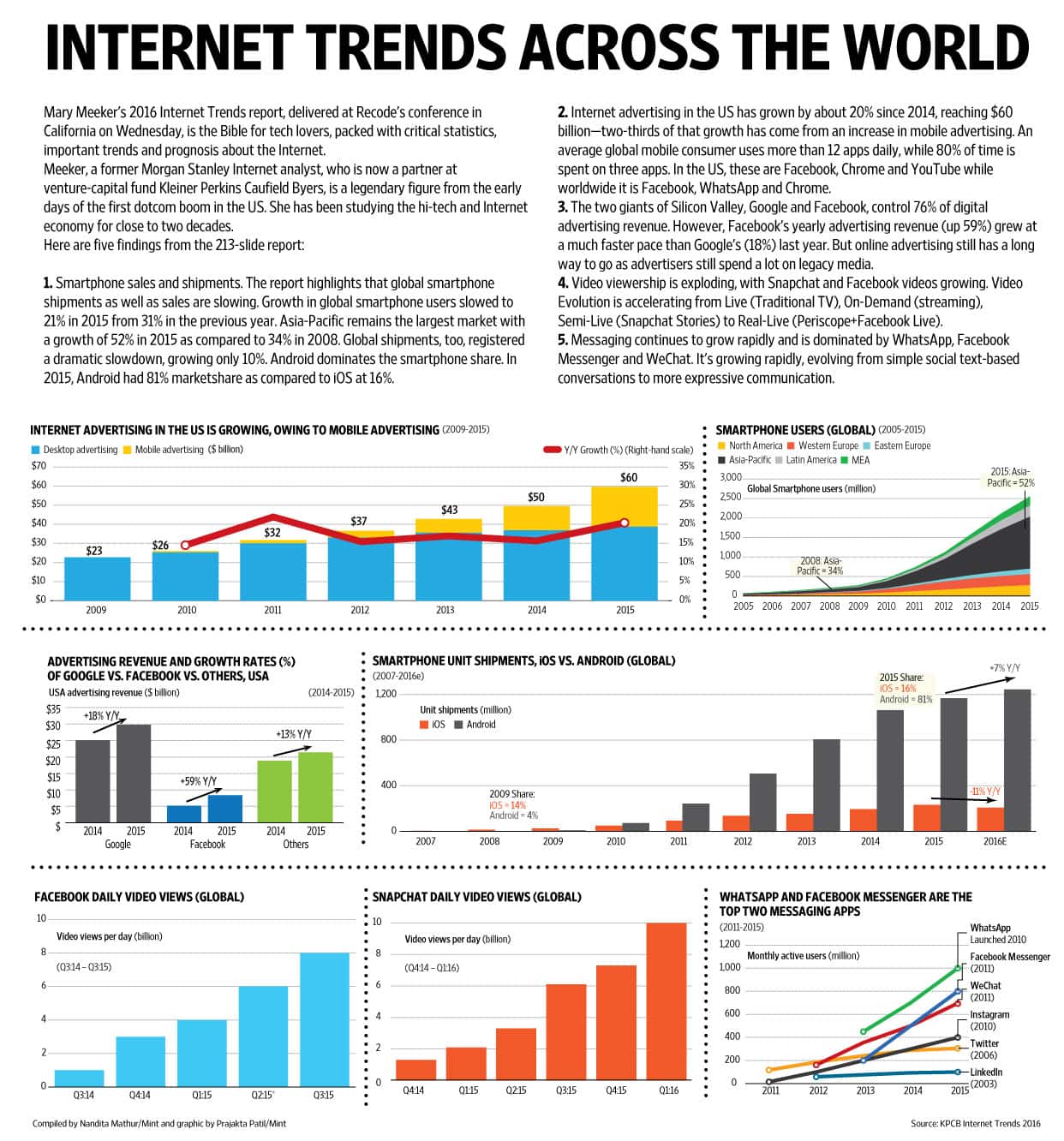 2. Internet advertising in the US has grown by about 20% since 2014, reaching $60 billion—two-thirds of that growth has come from an increase in spending on mobile ads. An average global mobile user uses more than 12 apps daily, while 80% of time is spent in 3 Apps. In the US these are Facebook,Chrome and YouTube while worldwide it is Facebook, WhatsApp and Chrome.

But online advertising still has a long way to go as advertisers still spend a lot on legacy media.

5. Voice interfaces may be the way to go because they’re fast, easy, personalized, hands-free, and cheap. Google on Android now is currently seeing 20% of searches from voice, and Amazon Echo sales are growing.